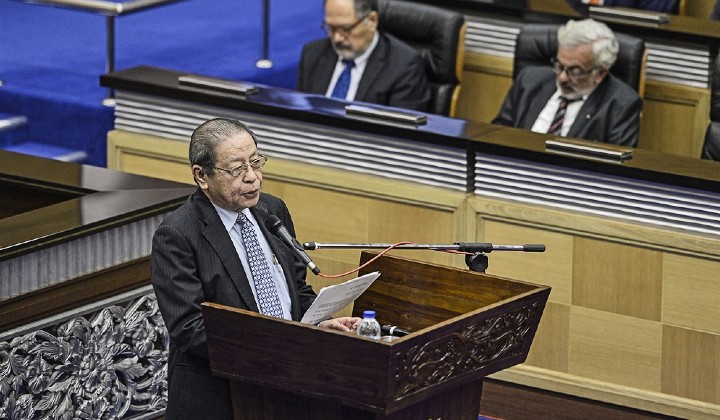 Iskandar Puteri MP Lim Kit Siang blames the so-called ‘Sheraton Move‘, which resulted in the change of government, to have contributed to the worsening of Malaysia’s current Covid-19 crisis.

In a statement posted on his official blog, the DAP leader wrote that the country would not have faced the 2nd wave of infections and be forced into a nationwide lockdown if not for the events that led to the collapse of the Pakatan Harapan (PH) administration.

Kit Siang explained that half of the country’s identified infections could be traced back to the Sri Petaling tabligh gathering that occurred during the time of the political upheaval.

The MP claimed that the government had failed the rakyat during such a critical moment by being more concerned with consolidating power while calling several ministers and their departments out on their embarrassing moments and allegations that occurred since they took over leadership.

I shudder to think of the disastrous outcomes that await the country if it had to depend solely on the political leadership in government for action and direction, going by the farces, buffoonery, and abuses of powers which it had caused, like the ‘warm water cure for Covid-19′, ’15 states’, ‘500 countries’, ‘Doraemon’, ‘Menteri’, ‘Tik Tok’, serious allegations of discrimination of food aid parcels for needy B40 families in Opposition constituencies and the rotten Riza Abdul Aziz plea bargain.

Kit Siang also said that the government had wasted its opportunity to present and discuss the nation’s strategy and exit plans for Covid-19 during the one-day Dewan Rakyat seating on May 18 and asks what the current administration was planning to do to address not only the pandemic but the economic uncertainties that follow.

Source: If not for the Sheraton Move and the ensuing political turmoil, Malaysia would not have suffered the second wave of Covid-19 outbreak and would be spared the MCO and CMCO with their devastating effect on lives and livelihood in Malaysia Malaysian Politics – An Eventful Leap Year May 18 Parliament Sitting – The King’s Speech After “Warm Water Method”, Health Minister Reportedly Had Video Conference With “500 Countries”
Tags
covid-19 government Malaysia movement control order (MCO) pandemic politics