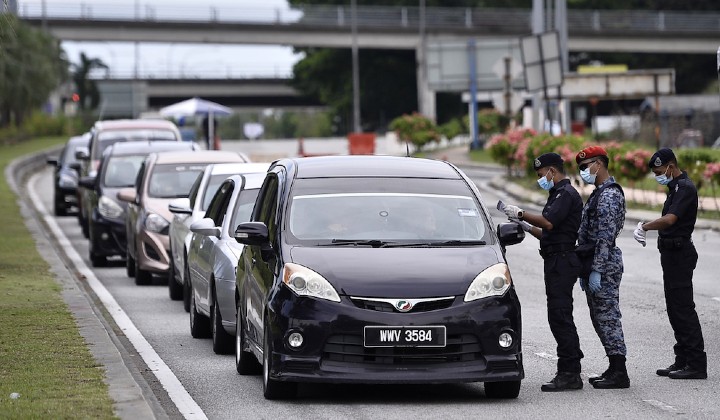 [Update] Senior Minister Datuk Seri Ismail Sabri said the figure has doubled on 17 May as 1,248 were ordered to turn back by authorities.

Around 508 vehicles were ordered to turn back after attempting to cross state lines to balik kampung, according to Senior Minister Ismail Sabri Yaakob.

Malaysiakini reported that the vehicles were among 238,500 stopped across the country on Day 4 of the Conditional Movement Control Order (CMCO).

He also said that the government has authorised the police to start issuing compounds beginning tomorrow to those caught flouting the CMCO.

The government has started to allow for interstate travel during the CMCO for those travelling for work or those* stranded during the early stages of the MCO and want to return home.