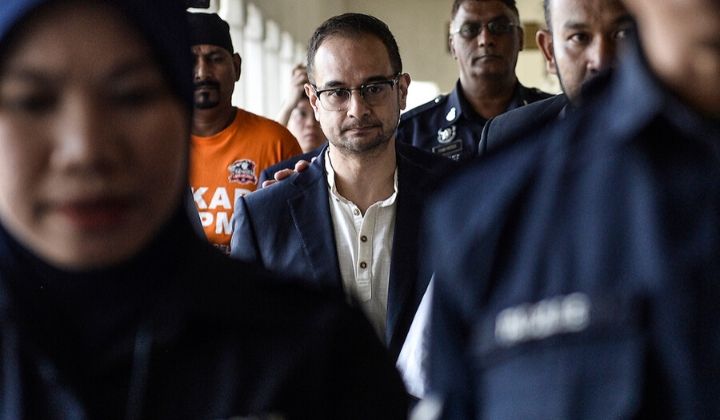 4 July 2019 – Riza Shahriz Abdul Aziz (popularly known as Riza Aziz) was arrested by the Malaysian Anti-Corruption Commission (MACC). He was under suspicion for money laundering, and was to face charges under the Anti-Money Laundering, Anti Terrorism Financing and Proceeds of Unlawful Activities Act 2001. Riza was one of the few detained for investigations in relation to the 1MDB scandal.

5 July 2019 – Riza Aziz pleaded not guilty to the five counts of money laundering charges. He was said to have misappropriated around RM1.25 billion (USD248 million) from 1MDB funds.

16 August 2019 – Riza Aziz’s defence team filed an application to have the case transferred to the High Court. They cited the complex nature of the case as a reason.

27 August 2019 – The prosecution said they would object Riza Aziz’s application to transfer the case as they felt that it is “not complicated” and that the Sessions Court judge is competent enough to hear the case.

20 September 2019 – Riza Aziz’s case is set for mention on 24 September 2019, after the prosecution requested for more time to obtain some documents relating to the case from the United States.

23 September 2019 – The High Court dismissed Riza Aziz’s application to transfer the case, ruling that the Sessions Court is capable of handling his case.

18 November 2019 – Riza Aziz filed a representation to the Attorney General’s Chambers (AGC) to review the money laundering charges made against him. It is understood that Riza and his defence team sought to have the five charges dropped or reduced. As a result, the original dates of the hearing will be vacated.

31 January 2020 – DPP Norzilati Zainal informed the Sessions Court that the outcome of Riza Aziz’s representation to review will be known by 25 February 2020. The court will then decide on the new dates to hear his case, but tentatively fixed it on 4-6 and 27-29 May.

25 February 2020 – Sessions Court judge Rozina Ayob recused herself from hearing Riza Aziz’s money laundering trial. The decision was made by the judge because her brother, Datuk Norazman Ayob, is a Director at 1MDB and a potential witness for the case. A new judge will be assigned for the trial.

12 March 2020 – It is decided that Sessions Court judge Azman Ahmad will hear Riza Aziz’s trial. He also said that the case should not be delayed any longer as it has been ongoing since 14 July 2019. Justice Azman told both the prosecution and defence that the process to review Riza’s written representation should be expedited by the AGC. The next case management was also fixed for 6 April 2020.

2 April 2020 – Riza Aziz’s defence team told Malaysiakini that they have yet to receive a reply from the AGC about Riza’s representation for review. The case management proceeding for his trial was also postponed to 5 May 2020 due to the Movement Control Order (MCO).

14 May 2020, morning – The Sessions Court granted Riza Aziz a discharge not amounting to an acquittal (DNAA). DPP Gopal Sri Ram said that they came to an agreement with Riza, where the prosecution will not proceed with the charges as long as he pays “a substantial sum running into several million ringgit” to the Federal Government. It is also said that should Riza not uphold his end of the bargain, the prosecution can charge him again.

14 May 2020, 6:25pm – MACC said in a statement that the agreement to grant Riza Aziz a DNAA was agreed by former Attorney General Tommy Thomas.

14 May 2020, 8:31pm – The Malaysian Insight reported that Tommy Thomas denied agreeing to grant Riza Aziz a DNAA. He said MACC’s statement about him agreeing to the DNAA was “wholly untrue” and a “fabrication”.

14 May 2020, 10:01pm – MACC said that they stand by their earlier statement, saying that the DNAA was granted as a result of an agreement by Tommy Thomas when he was still Attorney General. The Chief Commissioner told FMT that they were informed by a DPP that the decision was agreed by Tommy.

Never mind if the former AG wants to deny, that’s up to him. We stand by our statement.

16 May 2020 – Tommy Thomas released a statement to again refute MACC’s statement, as well as detailing a chronology of events relating to Riza Aziz’s trial and his representation for review. Tommy said that he passed Riza’s written representation to Gopal Sri Ram for review, but did not hear any response from the DPP even after he resigned as Attorney General.

17 May 2020, 9:10am – Attorney General Idrus Harun published a media statement saying that he was advised via a minute that Tommy Thomas “prepared to consider the representation” before he resigned. Idrus also stated that he was advised by Gopal Sri Ram that the matter was consulted and accepted by ex-MACC Chief Commissioner Latheefa Koya. He again emphasised he has been advised that Tommy “had agreed to the suggestion in principle”.

18 May 2020 – Tommy Thomas responds to Attorney General Idrus Harun’s statement saying that he would have never agreed to sanction Riza Aziz’s DNAA. Tommy explained that agreeing to “such terribly poor terms” would cast doubt on the wisdom and integrity of the prosecution. He also interpreted Riza’s “sweetheart deal” as being “terrible for Malaysia” saying that the latter was not offering to pay any new sum of money besides what the U.S Department Of Justice would have returned to the country anyway.