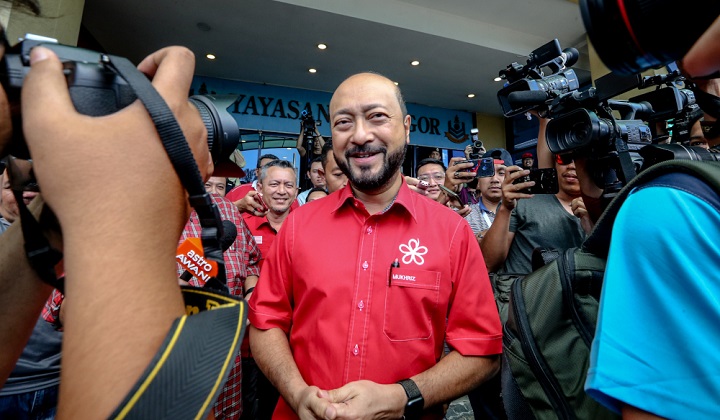 12th May has been quite the whirlwind for Malaysian politics as Kedah and Perak state assemblies had a pretty wild time.

So hereâ€™s the breakdown of what happened at the two statesâ€™ governments.

The two claimed that they had lost confidence in the party led by Datuk Seri Anwar Ibrahim and now pledge their allegiance to Prime Minister Tan Sri Muhyiddin Yassin, stating that the way he handled the Covid-19 pandemic is proof of his capability as a good leader.

Following the press conference, Kedah Menteri Besar Datuk Seri Mukhriz Mahathir from Bersatu stated that a consensus was achieved with the opposition and there was no need to change the state assembly until the next general election.

However, in a couple of hours, Kedah PN announced the formation of a new state government after receiving the support of 23 state assemblymen in the 36 seat state assembly.

Kedah state assembly opposition leader Muhammad Sanusi Md Nor claimes that he has the support of 15 PAS members, 4 from BERSATU, two from Barisan Nasional, two independents and the two defected PKR members.

At Perakâ€™s state assembly today, Malaysiakini reported that the kerfuffle was over the legislative assembly speaker as Beruas MP Datuk Ngeh Koo Ham from DAP gave a speech on good governance and rule of law to state legislators before announcing his resignation.

Ngehâ€™s speech was spurred following an attempt by Perak Chief Minister Datuk Seri Ahmad Faizal Azumu to initiate a motion of no confidence to urge him to resign.

It should not be done through threats

In his speech, the Sitiawan assemblyman pointed out the law clearly states that the selection of a new speaker can only take place in the event of a vacancy and notice must be given 7 days in advance.

Earlier, several state assemblymen tried to get Ngeh to leave, but he refused to do so and said he wanted to do it right.

This led to a dispute between representatives of the government and the opposition, with the opposition later demanding that Ngeh be allowed to speak.

Ngeh then closed his speech by announcing the adjournment of the state assembly, but Faizal said he could not do so without first approving the motion.

According to Malaysiakini, opposition representatives started to leave the hall but Faizal continued the session by proposing to appoint Sungai Manik assemblyman Datuk Zainol Fadzi Paharudin as interim speaker.

The session then continued with the voting of former Umno assemblyman Datuk Mohammad Zahir Abdul Khalid as the new speaker.