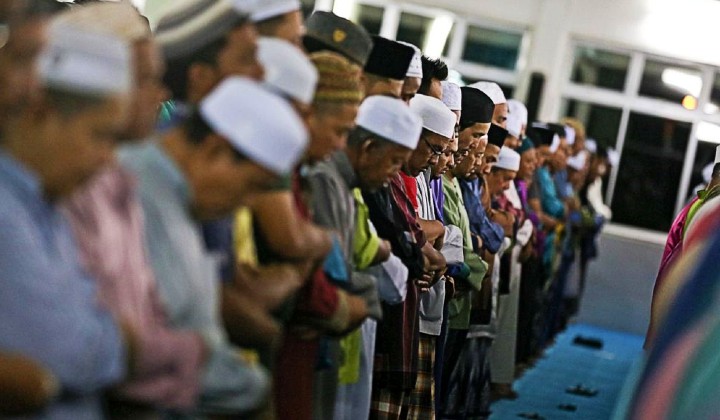 With Perlis allowing mosque officials and committee members to perform communal Friday prayers, other state governments are mulling over decisions to reopen mosques to the public.

The state of Kelantan, is considering following in Indera Kayanganâ€™s lead to allow Friday prayers to be conducted with minimal attendance.

Kelantan Mufti Datuk Mohamad Shukri Mohamad explains that though communal Friday prayers are considered mandatory, Islam permits certain conditions where prayers can be performed by believers in small congregations in the larger service of the Muslim community.

The Mufti said that it was up to the state’s ruler a.k.a the Sultan to decide if it was wise to reopen mosques to the public.

Meanwhile, the state of Pahang is unsure whether itâ€™s the right time to allow people to return to the house of God.

Giving his Islamic point of view, the Mufti explains that as Malaysian Muslims subscribe to the Shafi’i Islamic school of jurisprudence, itâ€™s best to abide by the 40-man minimum of communal Friday prayers.

As Malaysia went into the nationwide Movement Control Order (MCO) amid the Covid-19 crisis, places of worship nationwide were effectively closed off from public access as part of social distancing measures during the pandemic.

In fact, since the lockdown, most religious and cultural activities around the country are technically banned, resulting in our proud Malaysian customs and ceremonies reduced to no more than small, private, and limited occasions, and even leading to some pioneering digital advancements.

Now that restrictions have been loosened under the Conditional Movement Control Order (CMCO), authorities are determining the right course of action to allow the public to return to their respective houses of worship.

Recently, Religious Affairs Minister Datuk Seri Dr. Zulkifli Mohamad Al-Bakri says that standard operating procedures (SOPs) and guidelines have been prepared by the government to allow for the eventual reopening of mosques and suraus, pending the approval of the Health Ministry (MOH).

However, not much information is available on the governmentâ€™s plans for other non-Muslim places of worship and religious activities in the country.