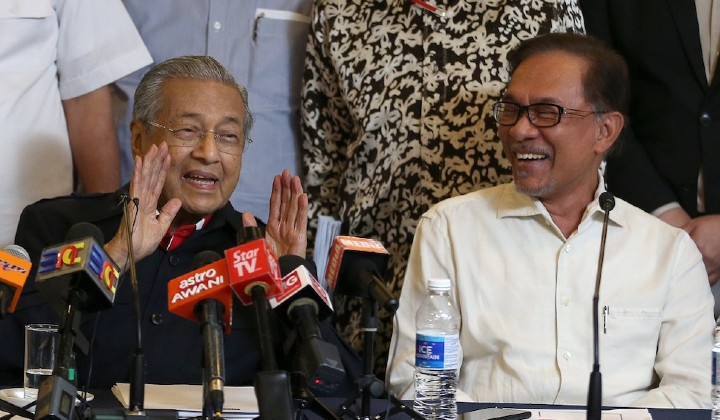 The duo is back.

Former Prime Minister Tun Dr Mahathir Mohamad and Datuk Seri Anwar Ibrahim have reconciled their differences and are now reunited again to finish what they started.

The two have issued a joint statement on 9 May (which was also the date when Pakatan Harapan won the 14th General Elections) reiterating their cooperation.

On this day, two years ago, the Pakatan Harapan coalition, made up of Parti Keadilan Rakyat (PKR), Democratic Action Party (DAP), Bersatu and National Trust Party (Amanah) brought down Barisan Nasional (BN) which has been in power for more than 60 years.

Setting aside their disputes, they now have their eyes on the Perikatan Nasional party, a coalition that’s mainly made up of Malaysian United Indigenous Party (Bersatu), a party which Mahathir is the current Chairman, Parti Islam SeMalaysia (PAS), United Malays National Organisation (UMNO).

In the statement they’ve mentioned that they will unite to return the public’s mandate, which they said, has been violated with the rise of the current ruling coalition.