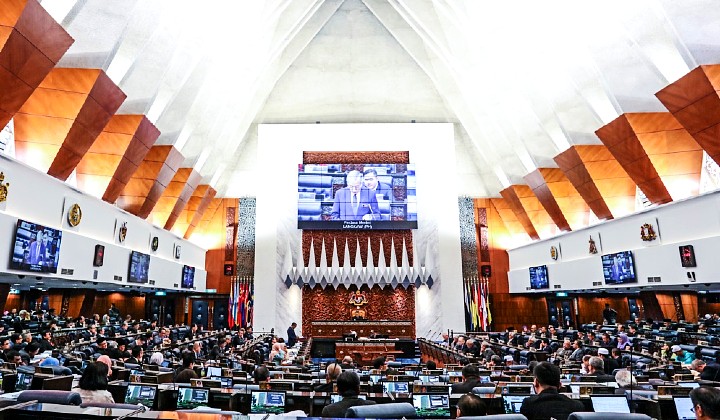 The 3rd session of the 14th Parliament seating which had been originally set for March 9 and later changed to a “one-day-only” session on May 18, will reconvene for a second meeting from July 13 onwards.

Reportedly, the first meeting is said to only proceed with discussions relating to government bills and the Covid-19 pandemic, without room for questions or motions to be presented.

According to the Minister in the Prime Minister’s Department, Datuk Takiyuddin Hassan, the one-day session tabled for May will be done in accordance with the Federal Constitution and that sessions in July would proceed for no less than 15 days.

The minister explains that parliament sessions should commence in order to prevent the automatic dissolution of the House and that the current Pakatan Nasional administration was not afraid, to essentially, restart the country’s institutional government processes.

Previously, Takiyuddin Hassan was quoted as saying that the one-day session was in line with the country’s social distancing efforts at combating the coronavirus.

Revealing details of the upcoming sessions, the minister elaborates that the meeting will do away with all its usual ceremonies and protocols and would only be attended by the nation’s top administrative, enforcement, and legislative figureheads.

Furthermore, the Dewan Rakyat had also reportedly accepted a motion to put a vote of no confidence against the leadership of Prime Minister Tan Sri Muhyiddin Yassin to be placed on the May 18th agenda.

For sessions in July, the minister says that the meeting would revolve around the presentation of 2 Supplementary Supply Bills and include the formal appointment of PKR President Datuk Seri Anwar Ibrahim as leader of the Opposition.

Concerningly, Takiyuddin Hassan also mentions that only official government media would be allowed to cover the one-day parliament seating this May and that journalists would have to consult with Dewan Rakyat Speaker Tan Sri Mohd Ariff Yusof to lift restrictions.