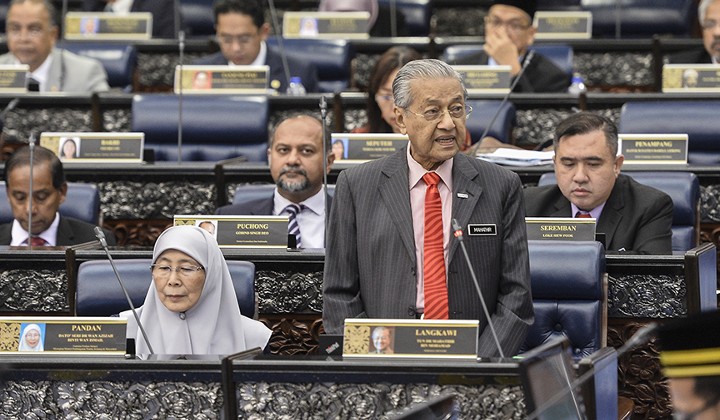 The Dewan Rakyat may have accepted the motion to put a vote of no confidence against Prime Minister Tan Sri Muhyiddin Yassin on the agenda during an upcoming parliamentary sitting.

Dewan Rakyat Speaker Tan Sri Mohamad Ariff Md Yusof said in a letter that former prime minister Tun Dr Mahathir Mohamad who is also the Member of Parliament (MP) for Langkawi, has raised the issue to be brought forward to the coming meeting.

However, he rejected another motion by the Langkawi MP to make a ruling that the Speaker remains until the Parliament is dissolved.

He also rejected the proposals made by Sabah Chief Minister Datuk Seri Shafie Apdal and some made by Datuk Liew Vui Keong.

The Dewan Rakyat Speaker previously issued a notice calling the first meeting of the third term, the 14th Parliament to take place on 18 May.