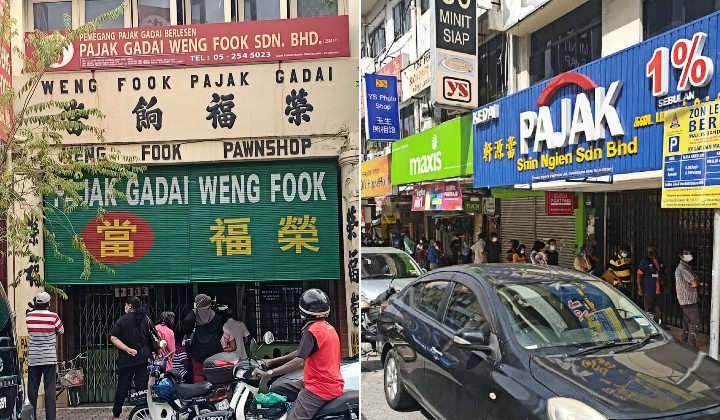 Phase 5 of the nationwide Movement Control Order (MCO) or the Conditional MCO (CMCO), sees the consequences of more than a month of lockdowns and the overall sentiment of a Covid-19 world.

The first day of the CMCO saw Malaysianâ€™s descending upon pawn shops and cash converters nationwide.

Images of people standing in long queues at local pawn shops across the country have been circulating on social media.

It would appear that a number of Malaysians were pawning off their valuables in a desperate bid to ensure that theyâ€™d have enough funds for essential needs like rent and supplies.

Previously, the Credit Community and the pawnbrokers association had agreed to a 3-month moratorium or deferment, as well as to not impose any late charges and fees during the MCO period.

Though the government remains adamant at getting the economy back and running, the country’s fiscal strength is weakened due to the pandemic.

Prime Minister Tan Sri Muhyiddin Yassin previously revealed that the nation was losing more than RM2 billion in revenue, every single day, during the MCO period.

The Malaysian Employers Federation (MEF) estimated that the coronavirus crisis could leave over 2 million Malaysians jobless with the countryâ€™s unemployment rate predicted to rise between 10% to 15%.

And by the looks of it, many Malaysian’s are still waiting to benefit from the Bantuan Prihatin Nasional (BPN) announced under the RM250 billion Prihatin Rakyat Economic Stimulus Package.

Under phase 1 of the BPN handouts, the government reportedly distributed more than RM5 billion to over 7 million people, with phase 2 of the payout beginning in May.