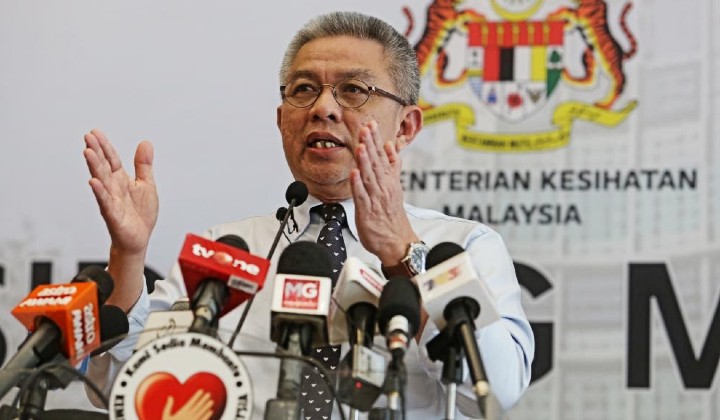 Malaysiaâ€™s current Health Minister Datuk Seri Dr. Adham Baba is having what some may describe as a rather rocky start to his time at the Health Ministry (MOH).

Since taking office, the doctor had been the subject of derision and more or less the symbol of the publicâ€™s contempt at the whole Covid-19 pandemic.

TRP takes a quick look at the doctorâ€™s history and what led to him falling out of the publicâ€™s favor.

From doctor to minister

Born in October 1962, Dr. Adham grew up in Batu Pahat, Johor and went on to get his medical education at the University of Malaya – graduating with a Bachelor of Medicine and Surgery (MBBS) in 1987 – before moving on to train and serve as a medical officer with MOH in 1988.

In 1990, the doctor took on his first career as a medical practitioner in the private sector, opening up a clinic under his own name.

Today, Dr. Adham owns the Klinik Adham Sdn Bhd chain, which has a number of clinics across the country.

It was in the 90sâ€™ that the doctor also started venturing into politics and became a committee member of the Senai Umno division in 1991.

Then from 2000 to 2004, Dr. Adham served as a Special Education Officer in the Youth and Sports Ministry before becoming the Parliamentary Secretary of the Ministry of Higher Education (MOHE), from 2004 up to 2008.

In 2004, Dr. Adham contested in the 11th general election and won the Tenggara Parliamentary seat before becoming the Pasir Raja assemblyman for 2 official terms from 2008 to 2018.

In March 2020, Dr. Adham was appointed as the Health Minister after the Perikatan Nasional (PN) government took over administration from Pakatan Harapan (PH).

Married to his late wife Datin Taibah Tabrani, who passed away due to breathing difficulties in 2007, Dr. Adham fathered 3 children and adopted 2 others.

During his time in politics, the doctor also took on other portfolios in several Government-Linked Companies (GLCs), including being on Universiti Kuala Lumpurâ€™s (UniKL) board of directors before becoming the universityâ€™s Pro-Chancellor.

He was also UniKLâ€™s Medical Sdn Bhd and Resources Sdn Bhd chairman for a few years and was also a member of the board at the Johor Education Foundation.

The public first took notice of Dr. Adham in April after a video was shared online showing how the minister supposedly demonstrated the incorrect way to put on a face mask.

The minister was later criticized for providing inaccurate information to the public on live television that Covid-19 infections can be prevented by drinking warm water.

Then in April, the minister again gained public attention after a posting was shared on MOHâ€™s official Facebook page.

The post which has since been removed was supposedly shared from the Friends of Dr Adham Baba page which sought to politicize the nationâ€™s current health crisis.

He also incorrectly mentioned that Malaysia has 15 states during a press conference that same month.

The minister had also claimed that the nationâ€™s current Covid-19 crisis was an exacerbated result of PHâ€™s mismanagement by letting the tabligh infection cluster to form during its administration, though the event actually took place after the Cabinet was dissolved.