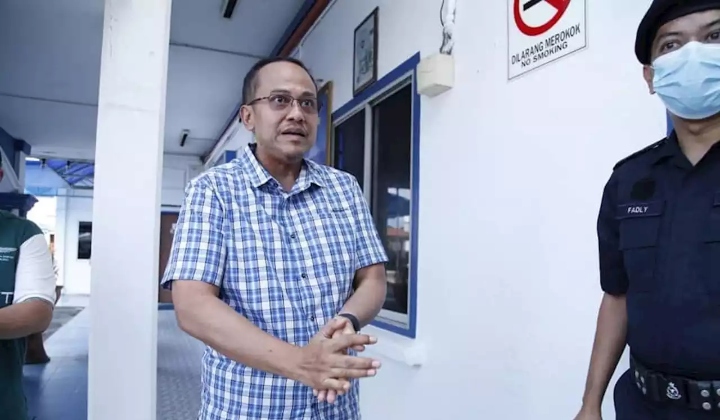 Regardless of whether youâ€™re a regular member of the public or an esteemed political representative, the movement control order (MCO) still applies to you.

After pictures of him seemingly disregarding the order went viral online, Terengganu Menteri Besar Datuk Seri Dr Ahmad Samsuri Mokhtar was seen at the Terengganu police headquarters at 4pm yesterday (19 April) to record his statement over the alleged breach of the MCO.Â

Ahmad Samsuri has come to the police headquarters to record his statement and cooperate. We will investigate the case under Section 6 of the Prevention and Control of Infectious Diseases Act 1988.

Since then, Ahmad Said has come forward in defence of the other volunteers seen in the pictures with Ahmad Samsuri.

Punish me if I am found guilty, but not the volunteers who work hard to help deliver aid to the poor.

He explained that Ahmad Samsuri had dropped by his house to discuss several important matters regarding the distribution of aid to the needy. During the visit, volunteers from the Kijal state constituency were there arranging donations to be handed out.

They (volunteers) were thrilled to have the opportunity to meet the Menteri Besar and started taking pictures….it was in this excitement that they forgot to observe social distancing with one another.

Ahmad Said, who is the former Menteri Besar of Terengganu, also apologised to Malaysians over the lack of social distancing in the photos, but also urged them to avoid â€œpunishingâ€ the volunteers who had been working tirelessly to help the less fortunate.

He stressed that there was no double standard between politicians and the general public with regards to the MCO.

He added that members of the public who had been detained for making light of the MCO had no clear reason to be out, in contrast, political leaders had to be â€˜on the moveâ€™ to take care of the peopleâ€™s welfare.