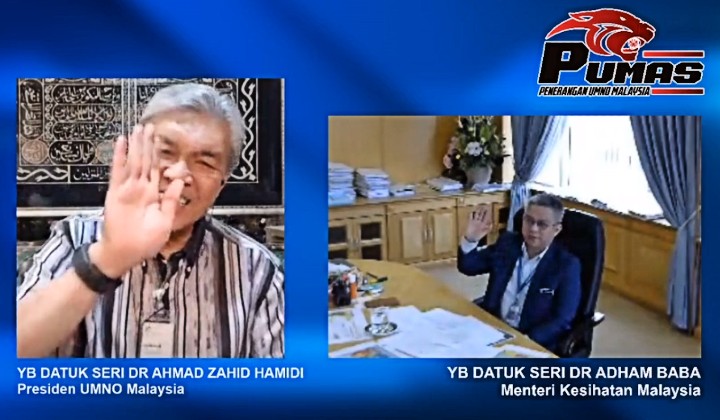 After previously criticized for providing inaccurate information on Covid-19, it appears that Malaysians are turning the countryâ€™s Health Minister into the bud of another joke.

In a segment titled Hello Bersama Presiden UMNO Malaysia, the two leaders were seen having an intense discussion regarding the global coronavirus pandemic and its impact on Malaysia.

In what could positively be described as a major slip of the tongue, Dr. Adham made a slight exaggeration to the number of countries he had personally spoken with during his tenure at the Ministry of Health (MOH)

Iâ€™m confident that what Iâ€™ve done has been recognized by the world, Datuk Seri. Iâ€™ve had live video conferences with the World Health Organisation (WHO), 500 countries.

Malaysians were quick to spot the error in the ministerâ€™s comment and took to social media to express their, feelings…

My dream is to travel the world, to 500 different countries

Fun fact: As an active member of many international organizations such as the Commonwealth of Nations, the Association of Southeast Asian Nations (ASEAN), and others, Malaysia has established ties with almost all 195 sovereign nations that are recognized by the United Nations (UN).

This foreign relations policy, however, excludes Israel, which Malaysia does not recognize as a legitimate country since 1966.

Check out the video below if youâ€™re interested in tuning in to the entire conversation between the two politicians;

In a statement made on Facebook, Dr. Dzulkefly refutes Dr. Adham’s claims that the former Pakatan Harapan (PH) government had failed to curb the spread of the virus, resulting in the widespread outbreak that the country is facing today.

During the same live conference call, the current health minister mentioned that the existence of the tabligh cluster had been a consequence of PHâ€™s misstep at addressing the pandemic.

In his rebuttal, Dr. Dzulkefly explains that during the events that resulted in the cluster being formed, the country at the time was no longer under the leadership of PH.

The doctor writes that the religious gathering which took place in Masjid Jamek, Kuala Lumpur from February 28 till March 3, occurred after the collapse of the PH administration when former Prime Minister Tun Dr. Mahathir Mohamad resigned from his post during what many call the â€œSheraton Moveâ€, that resulted in the rise of the Perikatan Nasional government.

If any (PH) minister was to be aware of the tabligh religious gathering, it would have been the (previous) home minister, who is now the current 8th Prime Minister. The health minister should be asking him on the accusation that PH failed to control the event. Maybe the 8th Prime Minister was kept busy with other serious agendas that drew away his concentration.

Dr. Dzulkefly asks the current health minister to show leadership in the nation’s time of crisis and to stop pointing fingers.

You can take a crack at Dr. Dzulkefly entire statement, below;