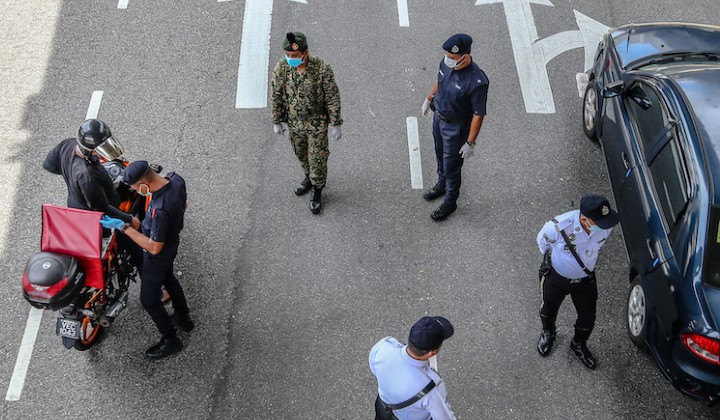 It seems that despite the Movement Control Order (MCO), drugs are still being transported in the country as the police reported that RM75 million worth of drugs has been seized throughout the order.

The police said they’ve opened 3,085 cases with 3,923 arrests nationwide and a total of 208 people are being investigated under Section 39(b) of the Dangerous Drugs Act (DDA) 1992.

They said the trend is on the rise after the first phase of the MCO, which was between 18 March to 31 March.

From the roadblocks conducted, the police has arrested 376 people with over RM345,000 worth of drugs found.

Motorcycles constitute more than half of the vehicles caught with drugs while 40% were made up cars and 9% were other vehicles.

The police have also said that dealers are being more internet savvy, using e-hailing and food delivery apps to deliver their goods. So far 8 such cases have been identified.

Out of this, the police have uncovered large drug-dealing networks when they tracked these packages back to its source.