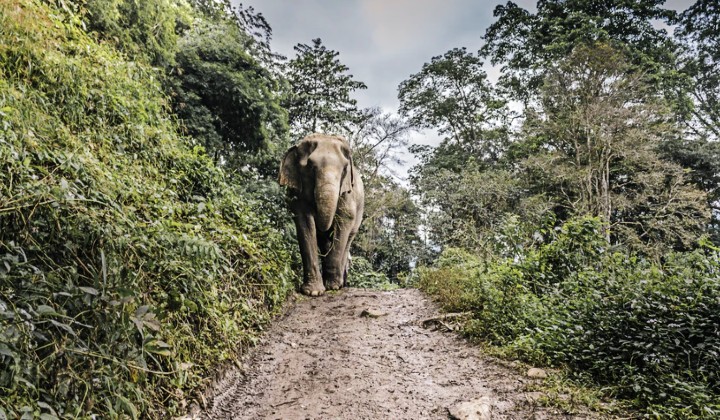 A man was believed to have been attacked and killed by wild elephants in Johor.

According to police the 52-year-old salesman from Selangor was discovered by members of the public laying dead by the side of the Mersing highway along with a car full of personal belongings.

The deceased had suffered fatal injuries to his chest and presumed to have died on the spot.

No words so far as to what the man was doing in the area during the incident with a nationwide Movement Control Order (MCO) in place, or to what had happened with the elephant that killed him.

The roads in Mersing are well known for being a hotspot to witness wild elephants with many regularly killed by passing traffic while crossing between forest areas within their habitat.

TRP sends our condolences to the family and friends of the victim.

Separately, there have been viral reports of animals across the planet venturing out of hiding as public spaces around the world empty due to social distancing restrictions and lockdowns.

While humans carry out social distancing, a group of 14 elephants broke into a village in Yunan province, looking for corn and other food. They ended up drinking 30kg of corn wine and got so drunk that they fell asleep in a nearby tea garden. 😂 pic.twitter.com/ykTCCLLCJu

However, citizens from around the world had come together to denounce some of the reported sightings as either fake news or merely â€œnormalâ€ occurrences that regularly happens even before the world got a bit quieter since the pandemic.