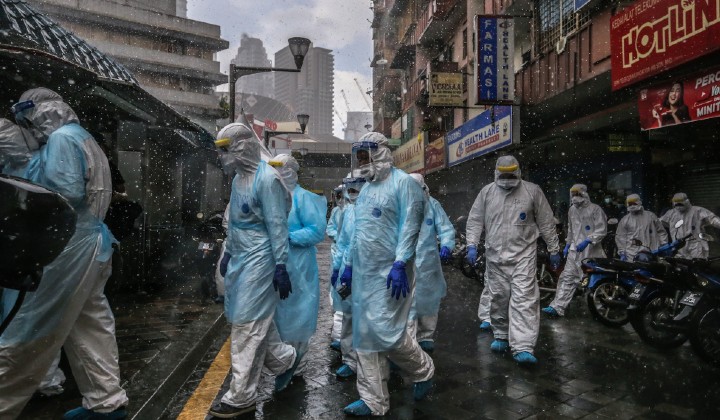 Several roads in Kuala Lumpur, especially around the Masjid India area will be under the Enhanced Movement Control Order 5 (EMCO 5), according to Senior Minister (Defense) Datuk Seri Ismail Sabri Yaakob.

He said the decision was taken based on the advice of the Ministry of Health (MOH).

The EMCO 5 will last for two weeks starting from 14 April until 28 April and Ismail mentioned that the standard operating procedures (SOPs) will be the same as with other EMCO areas.

Masjid India is where the Selangor Mansion and Malayan Mansion are located.

Talking about other EMCOs, Ismail said Hulu Langat will no longer become an EMCO area except for a few places, namely a local tahfiz – Madrasah An-Nabawiyyah and a house in Sungai Lui as their EMCO period is extended for another 2 weeks.

He said 7 Malay villages and 2 Orang Asli villages will no longer be under the EMCO.

As for the other places such as Simpang Renggam, City One Tower, Selangor Mansion and Malayan Mansion, their EMCOs will be extended for two more weeks.

According to stats from MOH, as of 13 April, 830 cases have been recorded in Kuala Lumpur.

Feeling Bored On The Weekend? Have An Artsy Free Time Here