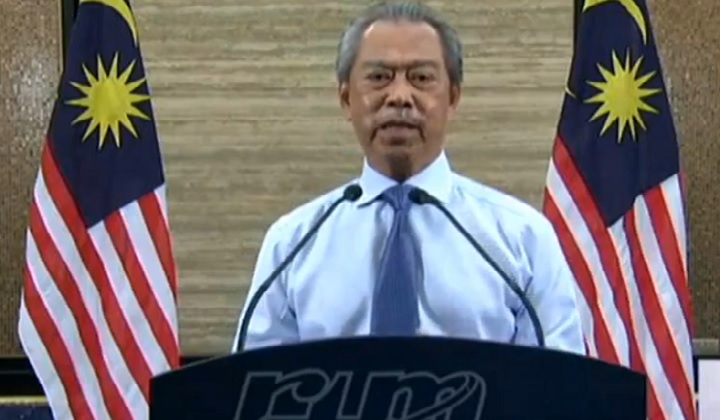 This is to break the Covid-19 coronavirus chain of infection.

Originally, the MCO was supposed to last from March 19 to March 31 but was extended from April 1 to April 14 under a stricter Phase 2.

Muhyiddin said the extension was to give room for health workers to fight this outbreak and prevent another in the future.

“This action is in line with the view of WHO (World Health Organisation) which called for countries not to end their movement control orders too early,” he said.

“As has happened in a few other countries, the outbreak of this pandemic increased again after movement control orders were ended.”

He also advised people to get used to the situation as it might be months before we could be sure that this pandemic was really under control.

Muhyiddin added that live might never go back to the way it was before, because so long as the virus existed, social distancing must continue and we must always look after our personal hygiene.

However, Muhyiddin had some good news for the Malaysian people.

“With the efforts taken, the number of Covid-19 positive cases is under control at a rate of 7%, which is below the 10% benchmark set by WHO,” said Muhyiddin.

He also said that fatalities in Malaysia were low at 1.6% compared to the global average of 5.8%.

Muhyiddin said 1,830 patients had been released from hospital, meaning that 43% of those struck by Covid-19 here had recovered.