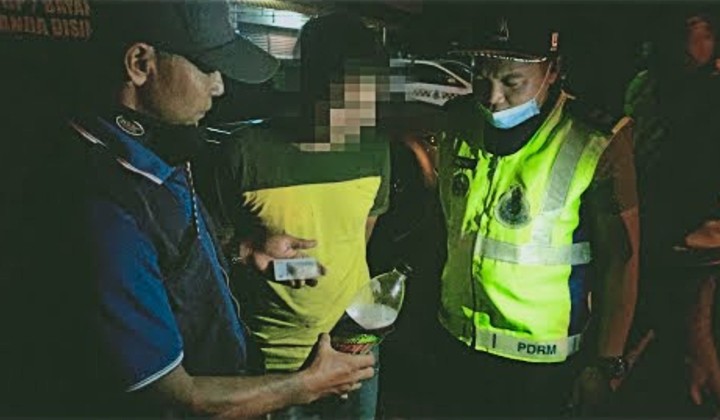 Now here’s something you should definitely not do with taxpayerâ€™s money.

While many Malaysians are horrified by the prospect of not having enough funds to last them in an economy ravaged by the global Covid-19 pandemic, a Kedah man was arrested by the police for not only violating the Movement Control Order (MCO) but was also caught in possession of drugs and illegal substances.

According to authorities, the man was detained during a roadblock in Alor Setar just an hour before midnight.

Upon further investigation, the police discovered that the man was carrying some 5 grams of shabu (amphetamines) and a bottle of some classic ketum juice.

Apparently the man also has prior records of drug offenses and had just got out of jail no more than 6 months ago.

Reportedly, the drugs alone were estimated to be worth some RM450.

The BPN aid is given out to eligible Malaysians in the B40 and M40 income group as part of the Prihatin Rakyat Economic Stimulus Package to help alleviate the burdens felt by the public during the nationwide lockdown.

Each individual is entitled to between RM500 to RM800 depending on one’s income bracket, while families and households are given between RM1,000 to RM1,600.

Meanwhile, the state of Darul Aman wasn’t short in its share of delinquent individuals and MCO transgressors.

Along with the alleged addict, 13 other individuals also were detained for a number of reasons from trying to run over police barricades and jacking motorcycles, to simply being out when theyâ€™re not supposed to during the quarantine period.

Though we could imagine how outraged Malaysians might be by this drug-fueled news, the World Health Organisation (WHO) has already classified substance abuse as a legit public health issue and nations around the globe, including Malaysia, have been making efforts to address it as such, instead of treating the problem as a threat to national security.

Previously, the Pakatan Harapan government had planned to decriminalize drug possession for personal use before the end of its first term, before they were taken over by the Perikatan Nasional coalition.