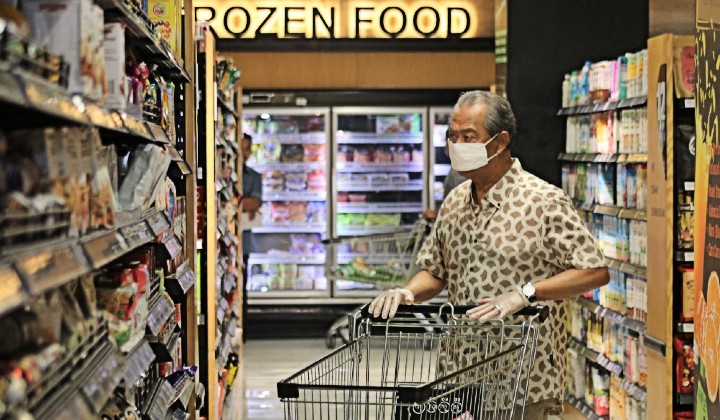 Malaysians have been spending way less since the start of the nationwide Movement Control Order (MCO) and it looks like the T20 are being extra frugal with their wealth.

A study by the Department of Statistics (DOS) found that Malaysiaâ€™s average household spending had decreased by 55% from RM6,317 a month to just RM2,813 during the MCO.

Curiously, the data collected shows that the nationâ€™s â€œupper-classâ€ T20 segment to be spending way less money than their â€œmiddleâ€ and â€œlowerâ€ income counterparts.

(If you’re curious to know which income segment you fall into? Check out our short explanation, HERE.)

Essentially, Malaysians are not only cutting back on their everyday shopping and living expenses but also on other financial spending like paying off their taxes, loans as well as giving allowances to their families.

Since the nationwide lockdown, Malaysians have been spending 71% less on recreational and entertainment activities, 65% less on alcohol and cigarettes, 89% less on transportation expenses and 59% less on clothing.

However, the data shows that citizens have been spending more on food supplies which saw an increase of 27% from an average RM700 a month to more than RM900 as well as on personal care items such as soap and sanitizers which saw a climb of nearly 50%.

DOS also expects the nationâ€™s spending on utilities such as gas, water, and electricity to jump by up to 50% through the quarantine period.