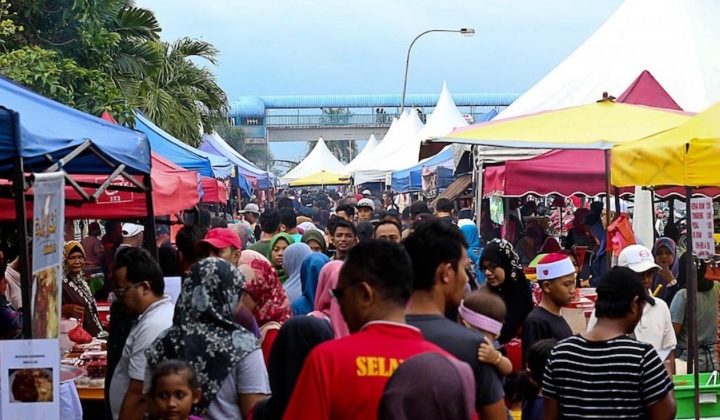 The government has decided that there will be no Ramadan bazaars while the movement control order (MCO) is in force.

Senior Minister Datuk Seri Ismail Sabri Yaakob said that the special Cabinet committee on non-health MCO issues made the decision during its meeting on 3 April. However, this decision could change.

We have come to a decision that for as long as the MCO is in force, there will be no Ramadan bazaars.

He further explained that if there is no extension to the order, the National Security Council will come up with a post-MCO standard operating procedure (SOP), adding that whether Ramadan bazaars can operate will be among the issues determined by this SOP.

The first phase of the MCO began on 18 March until 31 March but was extended for a second phase on 1 April until 14 April. Ramadan is expected to begin on 23 April.

In lieu of this Covid-19 crisis, several states have taken the initiative to just outright cancel Ramadan bazaars anyway. Negeri Sembilan, Melaka, Kedah, Penang, Terengganu, and Sarawak have all announced that all annual Ramadan bazaar in their states are cancelled.

Selangor Mentri Besar, Datuk Seri Amirudin Shari announced that the state has also banned all Ramadan markets and bazaars this year. Though, the state will consider lifting the ban depending on the advice of the Health Ministry.

Meanwhile, the Johor state government has not announced any decision on their Ramadan bazaar, but Sultan Ibrahim Iskandar has urged organisers not to hold the events.

There have been some suggestions of drive-through or online bazaars to replace the usual system, so that people can still get their favourite bazaar food while still practising social distancing.

The Federation of Hawkers & Petty Traders Association Malaysia has taken their own initiative by creating a Ramadan e-bazaar platform for its members to give them all the opportunity to continue to sell their food online despite Covid-19 and the MCO.

According to the associationâ€™s Secretary-General, Mohamed Zamri Mohammed, the initiative is at its early stages, but they plan to create a webpage for the buying and selling process.

He added that there was a high demand among bazaar traders who have come forward to join the platform and explained that they will be focusing on the e-bazaar for the Kuala Lumpur area first.

Besides that, he said that some bazaar traders have gone ahead and established an e-bazaar network in their localities on Facebook and WhatsApp.

In total, an estimated 100,000 bazaar traders nationwide are affected by Covid-19 and the MCO which has rendered them unable to continue their business, incurring income losses of at least RM50 million.