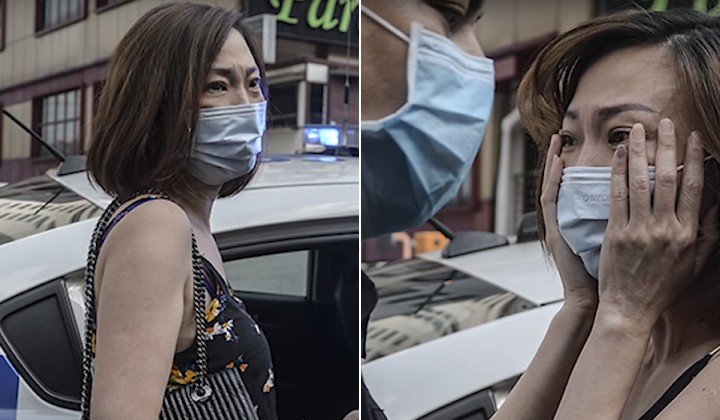 One womanâ€™s sharp tongue landed her a quick trip to jail when she was arrested for allegedly insulting and obstructing authorities tasked at enforcing the Movement Control Order (MCO).

As the story goes, the 44-year-old local sales manager was frustrated after she was stuck in a terrible traffic jam along Persiaran Surian, Kota Damansara caused by one of many Ops Covid roadblocks scattered across the country during the quarantine period.

Apparently, the lady was aggravated over the roadblocks that were set up near her apartment in the area, causing her to be caught in a 30-minute crawl before reaching home.

Reportedly the irritated lady had also been honking the horn of her SUV, non-stop, throughout the entire time she was stuck in traffic.

Upon passing the blockade, the woman was said to have angrily shouted at attending officers, questioning them as to why a roadblock was set up in the area, calling them â€œidiotsâ€ in the process.

The woman was quoted as saying by the Malaysian Gazette.

However,  the woman apparently wasnâ€™t quite satisfied with just her simple driveby insult.

After she had safely passed the roadblock, the woman then proceeded to lecture authorities, face-to-face,  explaining that the obstruction was a major inconvenience for her who had to go out for supplies.

It was then that she was subsequently arrested for her actions and taken to the nearby Damansara police station.

At the scene, the police sarcastically apologized for doing their jobs; protecting the safety and security of the public during the MCO.

Yes, we might be idiots, but we are idiots because there are safety aspects that must be prioritizedâ€¦ So I do apologize for the inconvenience.

The lady is also being investigated for disobeying the MCO under the Prevention and Control of Infectious Diseases Act 1988.

Let’s have the bewildered and remorseful expression on the woman’s face be a lesson to all Malaysians to abide by the MCO and not to get in the way of the authorities on official duty.