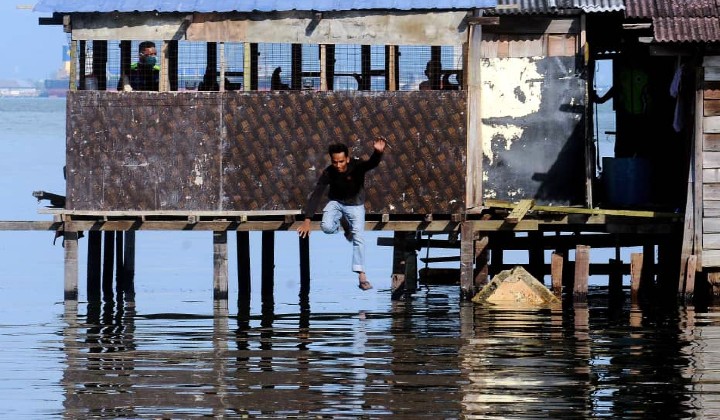 This week, the police have increased the penalty for breaking the movement control order (MCO) to be stricter on those who openly flout it.

In Penang, a group of young men tried to escape from the police after being found loitering inside a fishing lodge at a jetty in Jelutong.

In a desperate attempt to get away from the police, one of the men in his 20s jumped into the open ocean and swam some 50 meters away.

He then refused to go ashore despite being persuaded several times. Fearing that he might swim out further into the sea and endanger himself, the police then decided to stop pursuing him.

13 other men of the group, aged between 21 to 70 years old, were then arrested by the Northeast district police headquarters team.