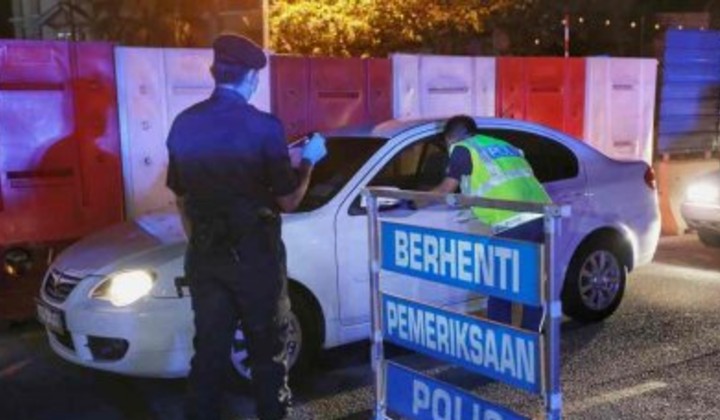 [Update as of March 29] The police has set up four roadblocks in two districts in Dang Wangi and Brickfields districts, making the total 56 in Kuala Lumpur.

So far, 43 people, including 19 foreigners were arrested in the capital for not following MCO directives since it was enforced on March 18.

Highway operators and the police have announced that roads in Klang Valley will be closed temporarily as part of the Movement Control Order (MCO) to stop the spread of the coronavirus.

The operators for Lebuhraya Damansara-Puchong (LDP), Litrak have conducted a temporary partial closure of lanes at the Petaling Jaya toll plaza heading south until further notice.

Earlier, the police have closed roads at Persiaran Mahogani Seksyen 9, Persiara Jati Seksyen 8 and Persiaran Sungai Buloh, which are around the Kota Damansara area and it was also reported that Jalan Gasing which borders Kuala Lumpur has also been closed.

To break the chain of infection, the second phase of the Movement Control Order (MCO) will be tightened to ensure that people comply to the order, Defense Minister Datuk Seri Ismail Sabri Yaakob said.

He added that currently Malaysia’s compliance towards the order is at 95% but said the remaining 5% have been defying the MCO despite the warning given by authorities.