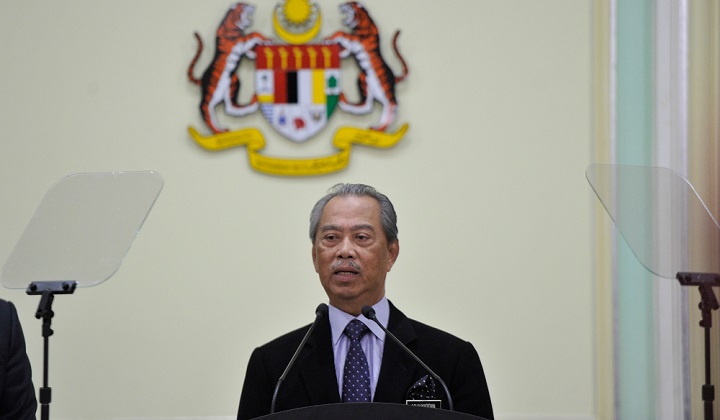 In case you missed Prime Minsiter Tan Sri Muhyiddin Yassin’s very long speech today on the RM250 billion stimulus package, at the end he had a message in English for all his detractors which you might want to consider.

Muhyiddin came out on top after a period of political turmoil that lasted almost two weeks right in the middle of the global Covid-19 pandemic.

He’s since been the target of a lot of negative comments and articles.

It’s clear that the Prime Minister knows this, and that the timing was not good, but you probably should have his words on the matter. Here they are for you:

“We are a nation at war with invisible forces. The situation we are now facing is unprecedented in history. And, this government may not be the government that you voted for.

“But I want all of you to know that this government cares for you. I resigned to the fact that I came in as your Prime Minister not at the best moment. I face political, economic and health crisis all at the same time.

“This unprecedented situation of course requires unprecedented measures. So, my dear brothers and sisters, and the children of this beloved country, whether you are a Malay, Chinese, Indian, Sikh, Iban, Kadazan, Dusun, orang asal, please bear with me and my friends in the cabinet and the government.

“We are not perfect, but we are doing the best we can to pull through this crisis together, as one nation. God willing, we will come out stronger when this crisis ends and the dust settles. InsyaAllah.”