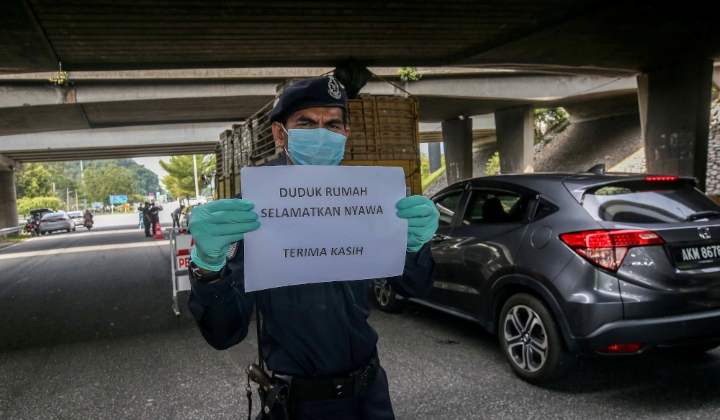 As the country entered its second week of the Movement Control Order (MCO), the police have been arresting people for flouting the directive.

According to Defence Minister Datuk Seri Ismail Sabri Yaakob, 110 people were arrested on 25 March alone. These arrests arenâ€™t confined to specific areas but are happening across the nation.

The Star reported that on Thursday (26 March), Pulau Tikus police in Penang arrested seven men aged between 23 and 56 years old at a field along Jalan D.S Ramanathan. Six of the suspects were caught playing football on the field and the last suspect was allegedly jogging.

Meanwhile, in Petaling Jaya between 25 and 26 March, the police apprehended a total of 15 people in six separate incidences. Some were picked up at roadblocks, but most we arrested when found congregating.

In one case, three men were arrested for loitering in front of an apartment hall in Kampung Lindungan at 11pm on Wednesday, 25 March. They were between 25 and 33 years old.

In another case, three more men aged between 18 and 40 years old were arrested after they were caught riding their motorcycles in Ara Damansara at 3.30am without any specific reasons for being out.

Half an hour later that morning, five more people between 21 and 28 years old were arrested at a playground in Desa Mentari.

During a press conference on 26 March, Ismail said 5% of the general public are still violating the order, and that the police are now changing their tactic to stern action rather than merely advising people to go home.

He also said that the National Security Council will tighten its standard operating procedures (SOP) to improve the MCO compliance rate. This SOP will be presented on Saturday.