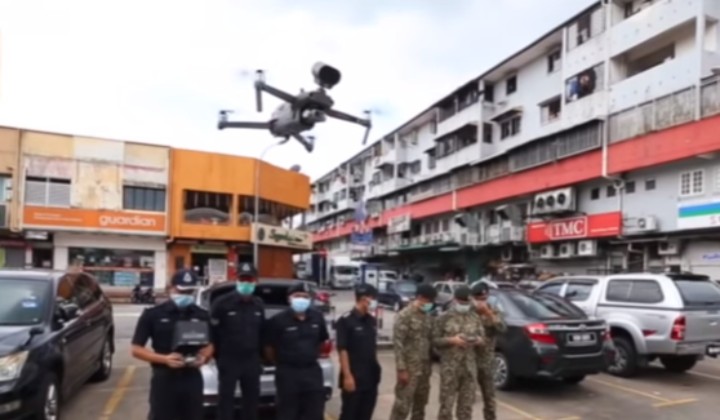 The Royal Military have deployed drones various locations, especially in 12 hotspot areas in the country in an effort to curb the spread of COVID-19.

He said the drones would help the army access unreachable areas besides helping to monitor the public’s movement efficiently during the movement control order (MCO).

Affendi added that they can stay airborne for 40 minutes to one hour, fly as far as five kilometres using a remote control and is able to record video.

These drones will be fitted with speakers that can disseminate messages in the three main languages – Malay, Chinese and Tamil.

If the public disregard the instructions through the drones, Affendi said, then army personnel will be deployed into the area.

The military were called upon recently by the government to help other agencies during the MCO period to stop the spread of COVID-19.