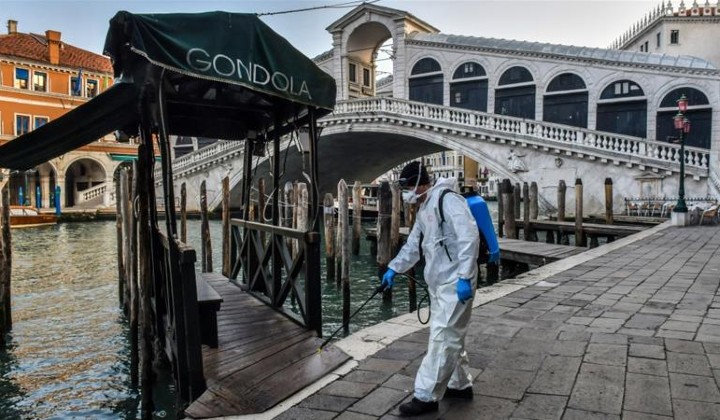 The number of deaths and infections from Covid-19 worldwide has surpassed the numbers in China for the first time since the outbreak began over two months ago.

As of March 16, the number of cases in China was reported at 80,860 while worldwide infections have exceeded 87,000. The number of deaths in China stand at 3,208 (excluding 4 in Hong Kong and 1 in Taiwan) while deaths outside of the country have risen to more than 3,241.

Italy has the highest number of confirmed cases outside of China with nearly 25,000 while the number of deaths stood at 1,800. Iran has the second highest with close to 14,000 confirmed cases and 850 deaths reported.

Even Iran’s top government officials have been infected by Covid-19 as the country’s senior vice president and two other cabinet members have contracted the virus.

Over in the United States, its President Donald Trump declared a national emergency as 3,500 infection cases and 68 deaths were recorded in the country.

The spread of the virus forced countries to take precautions as many international sporting events were cancelled or postponed such as the yearly European football competition, the UEFA Champions League.

Even for future events such as Tokyo 2020, it’ll be uncertain if the quadrennial Olympic competition would commence as the Japanese public think it’ll be better if it was postponed.

There were fears of American President Donald Trump was exposed to the coronavirus during a recent meeting but he was tested negative.