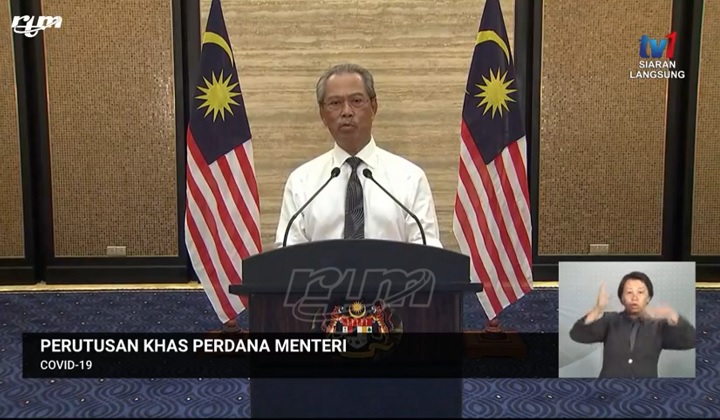 The government of Malaysia says it is instituting a Restricted Movement Order from 18th to 31st March.

Prime Minister Tan Sri Muhyiddin Yassin in an announcement tonight said that the order was being done under the Prevention and Control of Infectious Diseases Act 1988 [Act 342] and the Police Act 1967 [Act 344].

Houses of worship and business premises will be closed, except for supermarkets and markets, convenience stores and shops that sell daily needs.

All religious activities in mosques and suraus, including Friday prayers, are also suspended.

Overseas travel for Malaysians is also being restricted and those returning from overseas must go for tests as well as self-quarantine for 14 days.

Tourism and visitors into the country is also being halted.

So are all schools, from preschool to university as well as vocational schools.