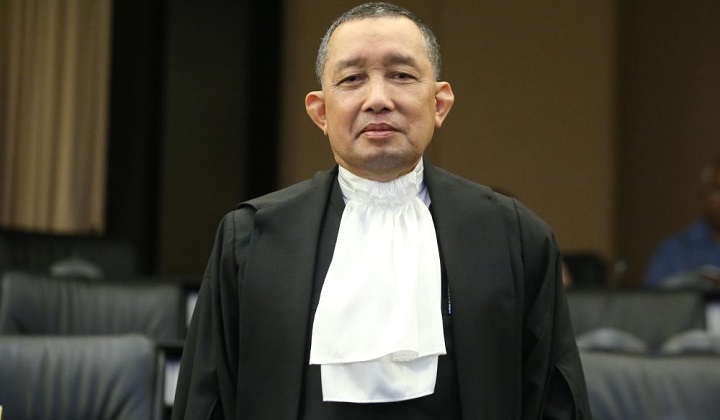 After the political coup of February, thereâ€™s been a spate of resignations from Latheefa Khoya as Malaysian Anti-Corruption Commission (MACC) chief to Tommy Thomas as the countryâ€™s Attorney General (AG).

For a few beats, Malaysians held their breath wondering who would pick the torch after Tommy Thomas left his post just 3 months shy of the end of his 2-year term. But the wait is over as news broke on 6th March that Tan Sri Idrus Harun has been appointed as the 11th Attorney General of Malaysia.

As we wait to see how his two-year term will unfold, hereâ€™s a few things you need to know about Idrus Harun.

Idris Harun studied law in Universiti Malaya (UM) and graduated with a Bachelor of Laws (LLB) degree in 1980.

Among his batchmates while in UM was the late singer Sudirman and Tan Sri Abdul Gani Patail, who also served as Attorney General of Malaysia from 2002 to 2015.

He has 40 years of experience in the judiciary

Upon graduation from UM, Idrus Harun began working as a legal officer in the Judicial & Legal Service Commission and the assistant parliamentary draftsman in the Attorney Generalâ€™s chambers.

He then served as a Sessions Court judge in Kota Kinabalu, Sabah, senior assistant registrar at the Kuala Lumpur High Court, Terengganu state legal advisor, as well as a public prosecutor under several departments. He also served as the legal adviser in the Election Commission and the Malaysian Anti-Corruption Commission.

Besides that, Idrus was also appointed as a board member of Kumpulan Wang Persaraan (KWAP), Malaysia’s largest public services pension fund in 2007. However, he resigned from the position following his elevation as a Court of Appeal Judge in 2014.

In November 2018, he was appointed as a Federal Court judge.

Recommended for Attorney General In 2018

Before Tommy Thomas was selected to be the AG in 2018, Idrus Harunâ€™s name was already among the potential candidates to be the highest-ranking public prosecutor in the country.

Former judge Datuk Seri Gopal Sri Ram recommended Idrus, then Court of Appeal judge, as he was highly familiar with the workings of the Attorney-Generalâ€™s Chambers, serving as a solicitor general from 2006 to 2014.

The Star also reports Sri Ram as stating that Idrus was â€œeased out in the political machinationâ€ following the 1Malaysia Development Berhad (1MDB) scandal and â€œthrust into the Court of Appeal, an arena which he is quite unfamiliar with.â€

As a Federal judge, Idrus has been involved in a number of landmark legal cases.

He was among the four judges that ruled earlier in February that a Muslim child born out of wedlock could not use his biological fatherâ€™s name in his birth certificate.

In April 2019, he sat on the bench of judges at the Federal court who dismissed three of four appeals by Datuk Seri Najib Razak related to charges in the SRC International Sdn Bhd case.

Najibâ€™s appeals that were dismissed included:

He was also part of the nationâ€™s first â€˜super Bench’ of nine judges that handed down a landmark majority judgment that any decision by Bank Negara’s Syariah Advisory Council (SAC) on Islamic finance is constitutional and binding on civil courts, though he was a dissenting judge on the narrow 5-4 decision.

Previously, the maximum number of members to ever convene to hear such cases in the Federal Court was 7.

The son of a village headman and a housewife in Kedah, Idrus is known as â€œkampung boyâ€ by friends due to his early education in Malay schools, while his siblings were educated in English schools.

Speaking of which, excellence seems to run in the family. Of the nine siblings, his younger brother Azhar Azizan Harun is the current chairman of the Election Commission while his elder brother, Mahadir Harun served as served as legal adviser under Dr Mahathir Mohamad when he was the Trade and Industry Minister in the late 70s/early 80s.

Mahadir Harun is also reportedly the only Malaysian who was named the best Commonwealth student at the prestigious Lincolnâ€™s Inn in the United Kingdom.