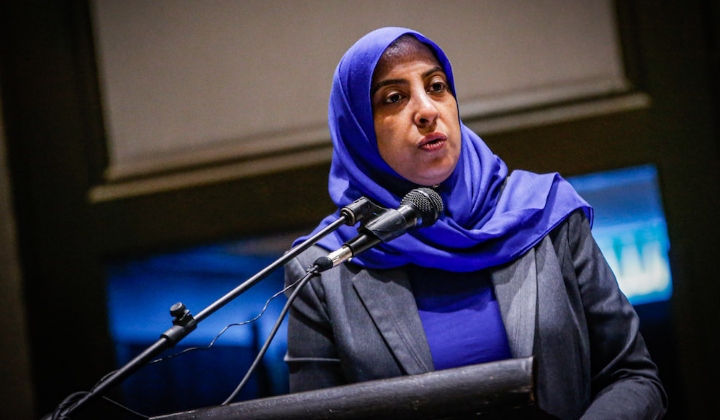 We were just getting used to having Latheefa Koya bulldoze the bad guys as MACC chief commissioner when she tendered her resignation on 6 March 2020.

Before being appointed as MACC chief in 2019, Latheefa Koya was a successful human rights lawyer who also dabbled in politics.

Latheefa had been a partner at the law firm Daim & Gamany, best known for their work involving public interest and human rights cases.

She had also co-founded Lawyers for Liberty in 2011, during which, she acted as an adviser and became the executive director (a position which she gave up when she was offered a place at MACC).

Latheefa has also been on legal teams that defended many politicians and activists facing sedition charges in court. For example, Latheefa was actually on the legal team that defended Datuk Seri Anwar Ibrahim in his second sodomy charge.

She had also been quite active in politics and held positions in Parti Keadilan Rakyat (PKR), such as central committee member and legal bureau chief. Upon her appointment as MACC Chief, Latheefa Koya quit as a party member.

Besides that, Latheefa also served as one of the four women councillors in the Petaling Jaya City Council (MBPJ).

In lieu of her departure, we thought weâ€™d look back at her most impressive moments during her tenure as MACC Chief.

When she became the first-ever woman to head MACC

Latheefa was appointed as Dato’ Sri Mohamad Shukri Abdullâ€™s successor as chief commissioner of MACC on a two-year contract on 1 June 2019.Â

Her appointment itself was a historical one. Aside from the fact that all 13 of her predecessors (including the heads of the Anti-Corruption Agency, ACA, and the National Bureau of Investigations, NBI) were all men, it was also seen as a step towards reforming government institutions.

However, it did not come without controversy and drew mixed reactions from politicians and the public.

Some felt that her no-nonsense approach to issues made her perfect for the job, while others criticised the move because of her political history and the fact that her appointment didnâ€™t go through parliament.

When she published the list of people and companies that received 1MDB money from Najibâ€™s personal bank account.

During Latheefaâ€™s first-ever press conference as chief commissioner of MACC, she announced that they had filed civil forfeiture applications against 41 people and entities to recover RM270 million allegedly taken from 1MDB.

Latheefa said that the funds had been transferred from the personal bank account of former prime minister Datuk Seri Najib Razak.

According to her, Umno was the largest recipient from the sum, with RM212 million transferred to various party divisions. Apart from Umno, many other foundations, individuals, and companies also received the money, such as popular fabric supplier Jakel Trading Sdn Bhd and jeweler Habib Jewels Sdn Bhd.

Besides the fact that this press conference revealed the many people involved in the 1MDB scandal, the RM270 million was also MACCâ€™s biggest forfeiture ever.

When she told Datuk Lokman to focus on her work, not her clothes

Within Latheefaâ€™s first month at the helm of MACC, Umnoâ€™s supreme council member, Datuk Lokman Adam made a comment about her official uniform.

He pointed out that she seemed to be wearing many stars and medals for someone who had only joined MACC for about a month.

Latheefa clarified that what she was wearing was actually bar ribbons and rank badges and that they came with her post as the agencyâ€™s chief commissioner as mandated by the Standing Order of the MACC chief commissioner, Chapter A (Policy) No. 1 of 2012.

Then clapped back saying that her work to fight corruption was far more important than the details of her uniform.

In December 2019, Latheefa mentioned during an interview that MACC will reopen cold case files that involve cases of public interest in early 2020.

She explained that MACC has also received several complaints involving these cases and that she had not been able to find out why the cases had been filed as cold despite the fact that they had found clear evidence and the investigation was complete.

The move reinforced the fact that Latheefa was there to ensure that action was taken against those who were involved in corruption and that justice would be served to the public.

During the press conference where she played the audio clips for the media, Latheefa explained that the audio clips had been sent to MACC anonymously, but are believed to have taken place between 5 January and 29 July 2016.

She also added that the recordings showed criminal conspiracy at the highest level of the Barisan National government at the time, obstruction of justice, compromised security and serious abuse of power.

The release of the clips to the public also spurred viral memes of the statement â€œcan I advise you something?â€ which is believed to be the voice of Rosmah scolding Najib over the phone.

The end of the road

On 6 March 2020, Latheefa confirmed that she had handed in her resignation to Prime Minister Muhyiddin Yassin.

Despite her short stint as MACC chief commissioner, she was seen as a bold and firm person out to stop corruption in the country.

Her outspoken and fearless leadership definitely made a lot of progress towards cleaning up the corruption in Malaysia. Her efforts also probably aided Malaysiaâ€™s improved ranking to the 51st spot in the Corruption Perception Index (CPI) for 2019.

We surely hope that despite her resignation, MACC will continue to carry on the important fight against corruption.