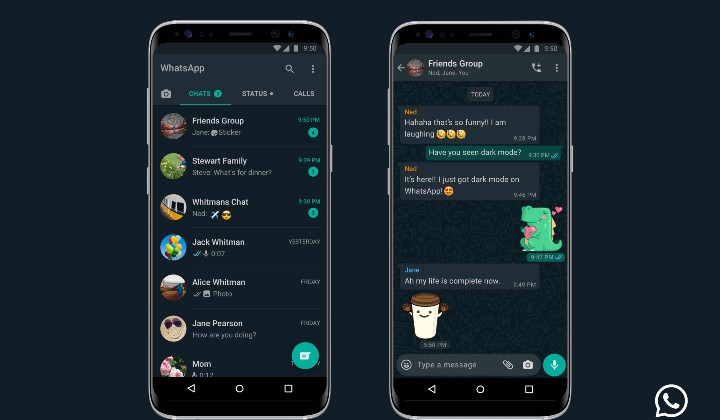 Opening up WhatsApp at night won’t light up your room and temporarily blind you anymore as the messaging platform released the “dark mode” feature for iOS and Android devices.

You can enable it by going to Settings > Chats > Theme and choose “Dark.”

“Dark mode” is a long-awaited feature and the company said its designed to reduce eye strain in low light environments.

They even have a video of people squinting their eyes demonstrating the pain of a bright white screen flashing in front of your eyes in the dark titled “Hello Darkness.”

“Dark mode” has been trending among tech companies as giants like Apple have included it in iOS 13 while social media platforms such as Instagram and Twitter have enabled the feature in their apps for a while now.