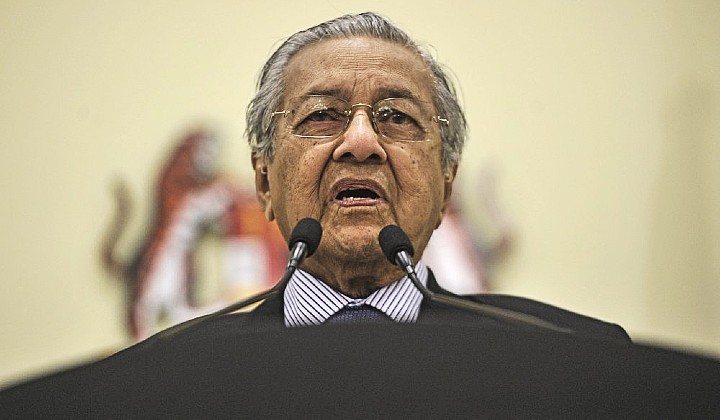 The nationâ€™s sovereignty is at a standstill.

In his official address to the nation on Wednesday, Interim Prime Minister Tun Dr Mahathir Mohamad had proposed the idea of forming a non-partisan unity government to lead the country, while Pakatan Harapanâ€™s (PH) brief announcement nominated PKR president Datuk Seri Anwar Ibrahim as its candidate for Malaysiaâ€™s next prime minister.

Meanwhile, the BN-PAS Muafakat Nasional are calling to dissolve the Parliament and for the nation to host fresh elections.

However, with no single side commanding a clear majority in the Dewan Rakyat, all eyes are now on Istana Negara as the nation waits for the Yang diPertuan Agong (YDPA) Al-Sultan Abdullah Riâ€™ayatuddin Al-Mustafa Billah Shah to decide whatâ€™s next for Malaysia.

Tune in with TRP for more updates on the issue.

9:18pm – Bersatu chairman Dr Mahathir says that he is willing to cooperate with Umno MPs who leave the party but not the party itself while mentioning that Bersatu’s president Muhyiddin Yassin is prepared to accept Umno. [Malay Mail]

6:11pm – Electoral watchdog Bersih 2.0 is against the idea of forming a non-partisan unity government and calls for new elections. [The Star]

5:58pm – Dr Mahathir says that Muhyiddin Yassin was being considered by Bersatu as its choice for the prime minister position. [Free Malaysia Today]

5:40pm – Dr Mahathir announced that a special Parliament session will be held on March 2 to determine which candidate commands the majority of the Dewan Rakyat. If the Dewan cannot come to a conclusion, then it’s likely that the country will host new elections. [The Star]

3:52pm – PAS Mursyidul Am or Spiritual Leader, Datuk Hashim Jasin says that the party remains loyal to Umno under the Muafakat Nasional coalition and would accept any nomination for the prime minister post by the YDPA while stressing that the party is not willing to work with DAP. [Berita Harian]

4:00pm – PHâ€™s uncertain on whether to allow Bersatu to rejoin the coalition. Anwar Ibrahim said that the coalition’s position on the matter changes â€œday by dayâ€. [Malay Mail]

3:44pm – Anwar Ibrahim says that Dr Mahathir is no longer part of PH with his return as Bersatu chairman as the party had already left the PH coalition. [Free Malaysia Today]

12:18pm – The Conference of Rulers will convene for a meeting on Friday at the Istana Negara. [The Star]

11:34am – Dewan Rakyat Speaker Tan Sri Mohamad Ariff Md Yusof said that the Parliament and its operations are prepared for any eventualities resulting from the nationâ€™s current political state. [New Straits Times]

10:53am – Dr Mahathir at Istana Negara for an audience with the YDPA. [Berita Harian]

9:50am – Umno calls political parties to join the Muafakat Nasional coalition and work together in the 15th general election. [Malay Mail]