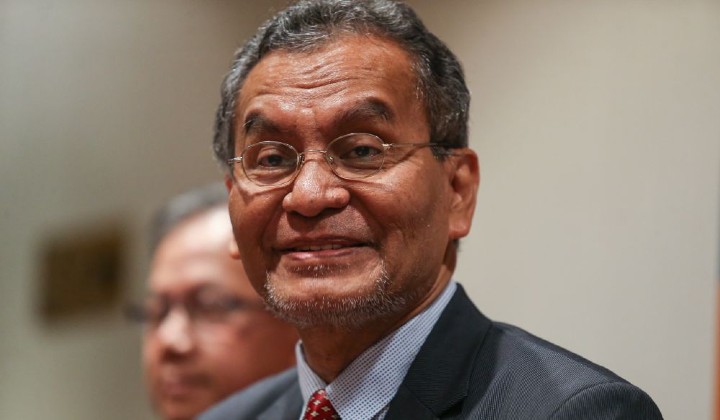 With the recent political turmoil in the country and the dissolution of the Cabinet, all our Ministers have been effectively dismissed from their posts. Health Minister Datuk Seri Dr Dzulkefly Ahmad confirmed this through a tweet on his personal account.

To put it simply, the Health Ministry is the body responsible for the health care of all Malaysians. Since Dr Dzul’s tenure as Health Minister ended earlier than anybody expected, we thought we’d look back to see what he managed to accomplish during his time in office.

Smoking ban at all restaurants

The smoking ban at restaurants was probably Dr Dzulâ€™s most prominent achievement as the Health Minister.

Although many smokers criticised the ban, non-smokers rejoiced by the fact that their restaurant meals will no longer involve inhaling second-hand cigarette smoke starting January 2019.

Dr Dzul was reportedly informed that the policy might cost him in the Amanah elections, but he was quoted saying that heâ€™d rather lose votes than compromise the peopleâ€™s health.

Reformation of working conditions for doctors

In September 2018, Dr Dzul managed to get permission from the Cabinet to reduce the training period for high performing doctors from 2 years to just 18 months.

The issue was triggered by reports of medical graduates failing to find placement in hospitals to undergo training.

The reform also saw a reduction in work hours. Doctors could no longer work up to 75 hours per week, and instead, the maximum number of weekly working hours were capped at 62 hours. On top of that, they were no longer permitted to work back-to-back shifts or for more than 14 continuous hours.

The Health Ministry admitted that besides the training period, they couldnâ€™t do much about the issue of placements. There were many obstacles that contributed to this problem, such as the fact that there were just not enough hospitals in the country to provide training.

However, the changes they did manage to implement were deemed to have improved overall working conditions of healthcare professionals.

Dr Dzulâ€™s Healthcare Protection Scheme for low-income B40 group (PeKa B40) serves as another significant achievement for the Ministry.

Launched in March 2019, PeKa B40 aimed at tackling the rise of non-communicable diseases such as cancer, hypertension, and diabetes by providing free screening to those in the bottom 40% household income bracket who were 40 years and older.

The scheme, with itâ€™s allocated budget of RM100 million for the targeted 800,000 people, increased the chances of early detection for the diseases mentioned and included free medical aid such as stents and pacemakers (commonly used for patients with heart disease).

In October 2019, Dr Dzul and the Health Ministry launched a mental health campaign in conjunction with International Mental Health Day 2019.

Their campaign was themed â€œSayangi Nyawa, Hidupkan Harapanâ€ and saw government agencies join forces with  NGOâ€™s in an effort to destigmatise mental health issues among Malaysians.

In his speech during the campaign launch, Dr Dzul urged the public to encourage their peers facing mental health issues to speak to people they trust and seek professional health.

The campaign also went hand in hand with Dr Dzulâ€™s plan to decriminalise suicide attempts, to allow those suffering from debilitating depression a chance at recovery.

Despite the campaign, the current framework that actually responds to mental health issues continues to depend on the private sector. Such as for-profit, not-for-profit, and non-governmental organisations.

On top of that, the budget allocated for mental health is only 1.17% of the total health budget.

This suggests that although Dr Dzul is vocal about destigmatising mental health, the Ministry didn’t manage to progress much on the issue.

Upon the arrival of COVID-19 on our shores in early February 2020, the Health Ministry, under Dr Dzul, published safety guidelines against the virus and established designated hospitals in each state to manage positive cases.

On top of that, they also proactively strengthened surveillance methods to detect local cases in the community.

On the confirmation of cases, the Health Ministry quarantined and treated all confirmed patients, whether they were local nationality or not, at Sungai Buloh Hospital – which is believed to be one of the main reasons why Malaysia managed to control the spread of COVID-19 so well.

As the number of confirmed cases in the country rose, the Ministry continuously kept the people updated with details of each case, information about the patientâ€™s nationality, location, transmission, and recovery.

The Ministry also kept the people updated on the number of suspected and negative cases, to mitigate unnecessary fears among the people.

The expertise and commitment in managing the outbreak demonstrated by the Health Ministry was even commended by the World Health Organisation (WHO).

Even on his apparent last day as Health Minister, Dr Dzul published the latest update on COVID-19 with the news that 20 out of Malaysiaâ€™s 22 confirmed cases have been discharged from the hospital after making full recoveries.

Looking back at all the things Dr Dzul has managed to achieve during his tenure as Health Minister shows that he made significant improvements to the healthcare system.

Of course, nobody is perfect and Dr Dzul has had his fair share of failure, but we thank him for his service and wish him the best of luck in his future endeavours!