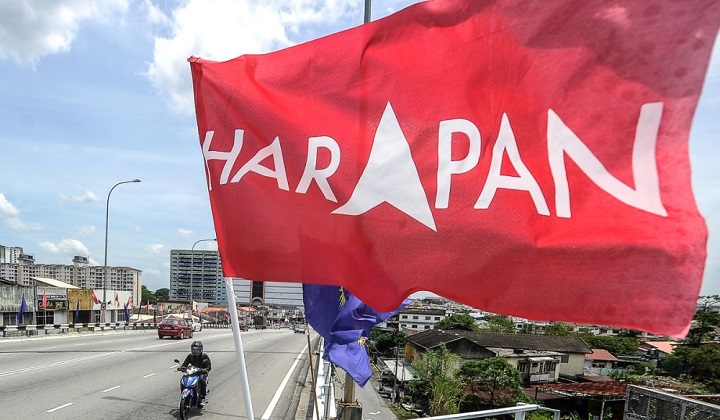 Despite winning an unexpected and historic victory in the last General Election, to an outsider, Pakatan Harapan from the start did not look good on paper.

Formed before the 14th General Election, it was made up of four political parties which are PKR, DAP, Amanah, and Bersatu.

PKR was a party whose charismatic leader, Datuk Seri Anwar Ibrahim, was imprisoned after the 13th General Election, creating a vacuum and finally exposing to the public cracks that had formed between two major factions in the party.

Mainly due to a the continued efforts of Umno and PAS, but also the difficulties faced in countering their narrative, DAP has for years been seen by some Malays as a “chauvinistic Chinese communist” party.

Amanah mainly consists of former PAS politicians so faithful to the tahaluf siyasi (cooperative) spirit of the old Pakatan Rakyat coalition that they courted the wrath of PAS president Datuk Seri Abdul Hadi Awang, and were forced to form their own party.

Last to join was Bersatu. A new Malay party mostly made up of former Umno members, including some top leaders who either left or were kicked out because of former Prime Minister and former Umno president Datuk Seri Najib Razak.

The addition of Bersatu saw some resistance from the more hardcore of Pakatan Harapan supporters who were not ready to accept former Umno leaders into the fold.

Yet, they all finally joined forces with one goal in mind: To defeat Barisan Nasional and Najib.

And then, to the surprise of almost everyone including themselves, they actually won.

Expectations skyrocketed and never really came back down.

Suddenly there was a problem because there had apparently been no discussion on Cabinet appointments, promises had been made which would be difficult to keep, and the discussion of who would be Prime Minister was an issue 20 years in the making.

Among the terms was that returning Prime Minister Tun Dr Mahathir Mohamad, who is almost a century old, would be the 7th Prime Minister, but soon hand over the reigns to Anwar with many people questioning whether this would even happen.

This was because the first time Anwar was imprisoned was in 1999 for corruption after he, as the Deputy Prime Minister, tried to usurp the 4th Prime Minister – Dr Mahathir.

Furthermore, it was while Anwar was languishing in prison for the second time, that his mentor-turned-nemesis-turned-ally Dr Mahathir had turned an opposition coalition into a government in his first try, though many would say it was done on the back of Anwar’s many unsuccessful attempts.

But now, it appears that Anwar’s own protege, Datuk Seri Azmin Ali, in an effort to strengthen Dr Mahathir’s position as Prime Minister not only triggered the latter’s resignation from the post, but also split apart both PKR and Bersatu, with the latter leaving Pakatan Harapan outright.

And so, while there are a few saying that Pakatan Harapan is not yet dead, as of last night, there are no more Ministers and only Dr Mahathir serving as an interim Prime Minister without a Cabinet.

But then again, they did surprise everyone by winning in GE14 and fulfilling their No.1 promise of defeating Najib.

Who knows what will happen today and in the days to come?