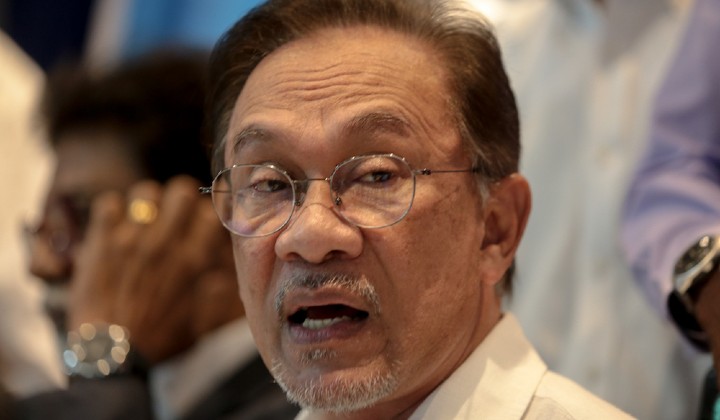 The political landscape in Malaysia is in a tumultuous time right now with the recent resignation of the countryâ€™s seventh Prime Minister Tun Dr Mahathir Mohamad.

Although details are scarce as to who would become the next premier, the candidate waiting in the wings appeared to be his long-time protege and once political nemesis, Datuk Seri Anwar Ibrahim who used to be his second-in-command during the 90s prior to their fallout before the turn of the century.

It’s not the first time that Dr Mahathir has said he will pass the premiership to Anwar as the latter was primed to become the next PM before the conflict between the two ended with Anwar’s sacking in 1998, a year after the Asian financial crisis.

From a student activist to becoming one of the most powerful men in Malaysia, we take a look back at the 90s when Anwar Ibrahim almost ascended to the height of Malaysian politics before scandals cut his ambitions short.

The rise of the golden boy

Born into a family of politicians, it was only natural for Anwar to follow the footsteps of his forebears and also join the world of politics.

His father, Datuk Ibrahim Rahman was part of Umno and had served as Seberang Prai Central MP (Member of Parliament) from 1959 to 1969 and also as a parliamentary secretary of the Health Ministry from 1964 to 1969.

Even in his early days, Anwar was active in politics as he became the student leader of an Islamic youth organisation, Malaysian Islamic Youth Movement (ABIM) which was founded in 1972.

He became the second president of the NGO in 1974.

Anwar then left the post and shocked many by joining the biggest Malay party, United Malay National Organisation (UMNO) in 1982 instead of Parti Islam seMalaysia (PAS), a year after Tun M became Malaysia’s fourth Prime Minister.

The relationship grew between the two as Anwar was groomed to be the successor to Dr Mahathir and eventually became the Deputy Prime Minister in 1993.

Although the pair oversaw a prosperous period in the early 90s, this relationship went sour for both Tun M and Anwar before the 2000s as the Asian financial crisis hit Malaysia in 1997.

Disagreements between the two culminated with the sacking of Anwar Ibrahim in 1998. He was also charged with corruption and sodomy. The charges brought against him led to a highly-charged trial lasting several months which culminated in a verdict finding him guilty of corruption.

During this time, Dr Mahathir and Anwar both traded blows in the media as the elder called his former protege a traitor and a colonial puppet while the latter accused the Prime Minister of heavily delving into cronyism while also demanding an apology for the injuries he sustained during police custody.

Anwar’s dismissal also led to the creation of Parti Keadilan Rakyat (PKR) in 1999.

After he was sacked, Anwar did receive some support as about two-hundred demonstrators have protested outside the national mosque in the Malaysian capital, Kuala Lumpur, to press demands for political reform and gave birth to the “Reformasi” movement.

Anwar was found guilty for corruption and sentenced to 6 years starting in April 1999 while his sodomy case earned him another 9 years in August 2000.

However, he was released early in 2004 after the Federal Court acquitted him of the sodomy charge but his corruption conviction still resulted in him being banned from politics for five years.

Then in 2014, the Court of Appeal overturned High Court ruling of a second sodomy allegation and Anwar was sentenced to five more years in jail, this time during Najib’s reign.

He was released in 2018 after a pardon was given by then Yang di-Pertuan Agong, Kelantan’s Sultan Muhammad V.

Despite the bad blood between the two throughout the years, it took an unlikely partnership between Dr Mahathir, who left UMNO and became the chairman of the Parti Bersatu, and Anwar to oust Najib out of power, with Dr Mahathir leading the way.

Your Covid-19 Special Assistance Payments Will Resume On 6 September