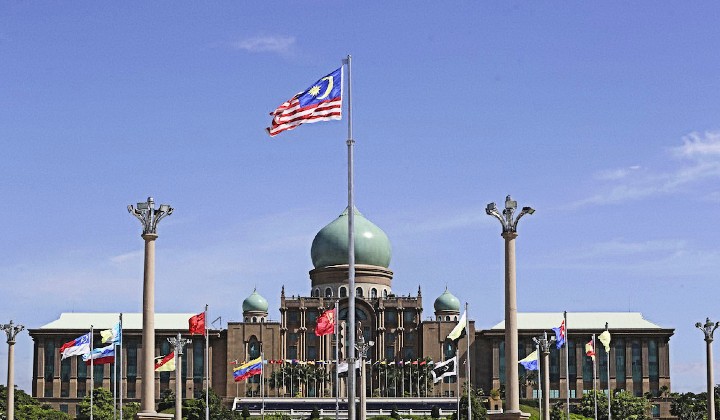 It can be said that the country was hit by a political earthquake as rumours and speculation over the formation of a new coalition to replace the Pakatan Harapan (PH) government shook the nation.

As the rakyat eagerly awaits decisions made by the powers at be, TRP takes a recap to what transpired in Malaysiaâ€™s political landscape over the weekend.

Meetings around the block

On Sunday, February 23, it was understood that several of the nations main political fractions held private, closed door meetings around the Klang Valley.

Meanwhile several Umno leaders were said to have gathered at its headquarters at the Putra World Trade Centre, Kuala Lumpur after having met with PAS higher-ups during a gathering in Janda Baik, Pahang.

While the slew of meetings were held across the city, reportedly a separate crowd was amassing at PKR president Datuk Sari Anwar Ibrahimâ€™s residence in Segambut. During which the Reformasi leader mentioned that there has been an attempt to â€œbetrayâ€ the PH coalition.

Then later in the evening, leaders from all stated political parties were said to be present at the Sheraton Hotel where Azminâ€™s cartel had been gathered.

An audience with the King

Concurrently as several of the meetings were taking place, leaders from the 6 aforementioned political parties gathered for an official audience with the Yang di-Pertuan Agong (YDPA) Al-Sultan Abdullah Riâ€™ayatuddin Al-Mustaffa Billah Shah at the Istana Negara in KL at around 7 pm.

The Prime Minister Tun Dr Mahathir Mohamad was also said to be in attendance during the meeting.

Itâ€™s speculated that the meeting between the countryâ€™s leaders was in order to discuss terms for the formation of a new, unnamed political coalition between the 6 parties. But politicians have been quiet to neither confirm or dismiss this claim.

Meanwhile, Anwar Ibrahim is scheduled to make his own appearance to the King later today.

Quarrels over transition of leadership

On Friday, February 21, PH held its first presidential council meeting for 2020 to an intense beat.

Members of the coalition had gathered to discuss the power transition between Dr Mahathir and Anwar Ibrahim.

During the meeting, it was noted that PHâ€™s top brass were split between those in support of Dr Mahatir to continue and complete his term as Prime Minister which would end in 2023, and those who want the current premier to set a retirement date, to make way for Anwar Ibrahim as the appointed successor to PHâ€™s rule.

To recap, during the last general election (GE14), the PH coalition had appointed Dr Mahathir as its leader on the condition that the 95-year-old would eventually vacate the position to give way to Anwar Ibrahim.

As of Friday it was understood that Dr Mahathir was given full discretion to set a date for his eventual step down after the Asia Pacific Economic Conference (Apec), summit which is scheduled for November.

Stay tuned for upcoming developments on this groundbreaking issue.

While you wait, learn more about how Malaysia selects its prime minister in another one of our stories, HERE. Or find out more about how the nation’s parliament functions in our quick Parliament 101 article, HERE.