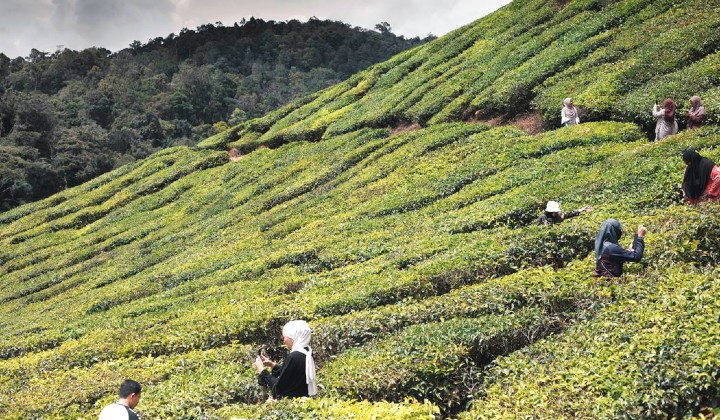 While we may be lamenting news of illegal deforestation or logging, Malaysians are fighting the good fight everywhere.

In this instance, the Pahang state government managed to seize land used by illegal farms and turned them into permanent forest reserves.

The “Go Green With SASET” program, organised by the Sultan Ahmad Shah Environment Trust (SASET) in collaboration with the Pahang State Forestry Department (JPNP) and the Malaysia-Pahang Youth Council was attended by 300 volunteers.

It is aimed at reforesting the land with full support from government bodies and the local community to provide educational opportunities exploring illegal deforestation and environmental concerns.

Every developing country faces the same problem: forests are illegally explored and the beautiful world is now ruined by the lack of discipline to care for the environment.

JPNP will take over the responsibility for caring for these trees and will partner with other NGOs in the future to kickoff more tree-planting programs.

The permanent reserved forest land was once used illegally as farm land.

The objective of Ops Lestari was to curb illegal land encroachment and preserve water resources around Sungai Ichat, Kuala Terla, which had been polluted.

Notices to farmers to vacate the illegal farms had been issued since 10 years ago, but enforcement teams only began to make moves last year. Many farmers were then forced to leave, though they put up much resistance.

About 200 people took part in a demonstration at the entrance to Jalan Ipoh, Kuala Terla in Cameron Highlands.

The situation became chaotic when the protesters refused to disperse. They brought women, children under 15, some as young as 5 years old, and sat on the road causing a traffic jam.

Six farmers and a former politician were then arrested at the demonstration.

In protest over the arrest and evictions, special duties officer to the Pahang menteri besar Arumugam AV Pillai and 11 local council members resigned from their posts.

Ops Lestari 2 is a continuation of Ops Lestari, during which police were deployed to monitor the situation and provide security for officers carrying out their duty to remove the illegal farms.

The illegal farms were operating mostly around Sungai Ichat spread over 97.12 hectares and involved 60 owners.