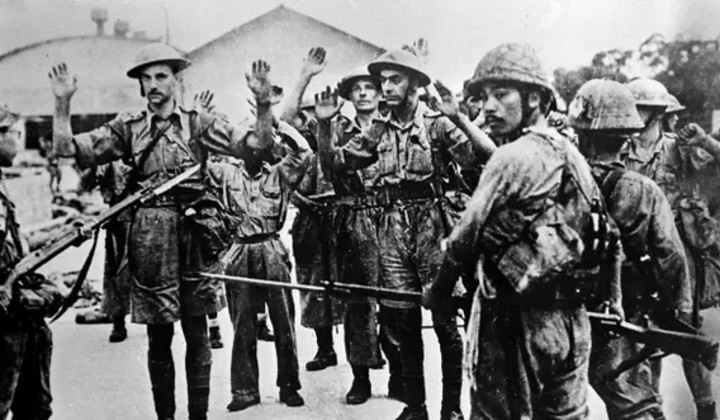 16 February 1942 is remembered as the day when the British forces in Singapore surrendered to the Imperial Japanese army after a bloody campaign that started a few months prior.

It has been more than 70 years but their occupation left deep scars in the memories of those who lived through the tyranny of the Japanese Empire for survivors who survived the bloodshed and violence that became part of the occupationâ€™s legacy.

Driven by perceived inequality compared to western powers, a desire to have more resources to feed a growing nation, and an ethnocentric belief system, the Japanese were determined to expand their empire at the expense of the locals inhabiting the areas that they desired.

The reign lasted for four years before the Japanese surrendered due to the Hiroshima bombings and increased international pressure to subdue the rampant warmongering that ravaged many parts of Asia.

Many died defending their country in decisive battles including the infamous Bukit Changdu skirmish, led by Adnan Saidi (or more famously known as Leftenan Adnan) who ferociously fought and frustrated the Japanese.

A few months into the campaign, Japan managed to control Malaya but their rule was short-lived as the destruction caused by atomic bombs courtesy of the Americans forced Japan to surrender in 1945.

Why were the Japanese fixated about expanding their power and influence?

From North to South

The Japanese, led by infamous “Tiger of Malaya”, Tomoyuki Yamashita, first landed in Singora, Patani and Kota Bharu in December 1941 before making their way by bicycle to Singapore.

The Japanese faced resistance from Allied ground troops and airforces that managed to destroy two Japanese transport ships, stifling their first wave of troops, but the Allies were eventually overrun and forced to retreat.

Airfields were bombed in Kota Bharu, Sungai Patani, Butterworth, Penang, Gong Kedah and Machang which effectively destroyed the Allied airforce and only 50 out of 110 British aircraft in northern Malaya survived.

Although historians noted that the British were aware of the invasion and were preparing to intercept the Japanese, political considerations held back the activation of the plan until it was too late.

Allied troops were then ordered to Jitra, Kedah, to form a defence line there but failed to halt the progress of Japanese troops at Singora and Patani who crossed the Thai border and entered northwest Malaya with little resistance.

According to survivors, the Japanese beheaded British soldiers during their initial encounter on the beaches of Kelantan as locals were forced to flee to the sea where the night was drowned by screams of those slain at the shore.

Living conditions at the time

Life became significantly worse for locals as Malaya at the time relied on rice imports but, due to transportation issues, the grain could not reach the peninsula and forcing people to resort to other foods such as tapioca.

The Japanese cut off overseas markets and suppliers of imports into Malaya and many people bought food on the black market.

Malnutrition left people vulnerable to diseases and shortages of imported medical supplies made it impossible to deal with otherwise treatable illnesses.

Even more sinister was the Sook Ching or “purification through suffering” campaign which led to the death of 80,000 ethnic Chinese in Malaya and Singapore.

Many young girls were also forced into prostitution rings controlled by the Japanese and its implications are still felt to this day as war survivors have fought for decades, demanding the Japanese government to apologise for the damage caused during their campaigns.

The invasion also saw the rise of anti-Japanese militants such as Malayan People’s Anti-Japanese Army (MPAJA) – an offshoot of Parti Komunis Malaya (PKM) who fought the Japanese as revenge for the China-Japan war.

Why Japan wanted a piece of Malaya

The reason why Japan wanted Malaya under its control was due to the wealth of natural resources. There were plantations, iron mines, commercial fishing and a variety of small businesses across the country.

There was also the international rivalry between Japan and the United States, who were the main consumers of rubber, tin, and oil, and the need for the Japanese military to sustain its oil consumption to maintain its war effort.

The Japanese Navy alone needed 400 tons of oil an hour and while Malaya only had a limited amount of oil production at the time, the Peninsular could be the launching pad for further invasions into the oil-rich islands of Borneo, Java, and Sumatra.

The idea was to create a â€œnew order in East Asia,â€ built on a â€œcoprosperityâ€ concept that placed Japan at the centre of an economic bloc consisting of Manchuria, Korea, and North China.

The Japanese would then draw on the raw materials of the rich colonies of Southeast Asia, while inspiring them to friendship and alliance by destroying their previous masters.

However, the atrocities perpetrated during the invasion, Malaysians never joined their cause and even resisted the Japanese occupation who eventually surrendered to the British.