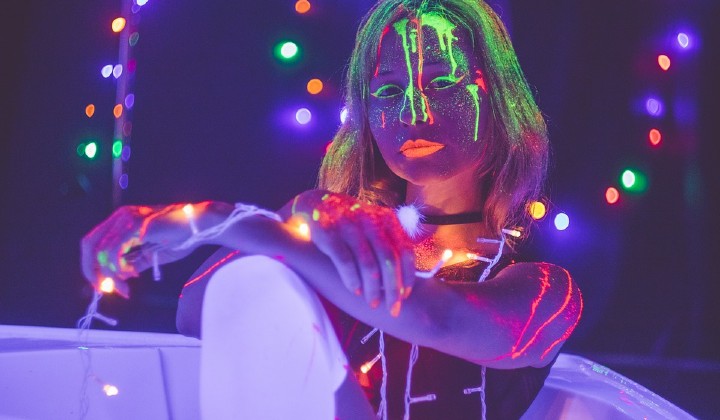 Being young is awesome. It’s a perfect time in life for a person to explore the inner and outermost workings of one’s existence, the time to experiment and discover new experiences as well as the time to just kick back, chill and enjoy being alive.

But it seems like some of our overly enthusiastic Malaysian youths might be having way too much fun and taking the YOLO youth culture lifestyle a little too seriously.

On February 7, 2020, the Bukit Aman Narcotics Crime Investigation Department (NCID) revealed a shortlist of street drugs that are most favoured by Malaysian youths.

Referred to as the “3M”, these illicit substances are identified as the drugs of choice for Malaysia’s party-goers.

TRP takes a closer look at these drugs and what it might be doing to Malaysia’s bright, beautiful, and highly impressionable youths.

Considering how casually modern hip-hop music portrays and glorifies the use of party drugs like “Molly” really no surprise that Malaysian youths are, more or less, getting hooked on this particular substance.

Molly is the street name for methylenedioxymethamphetamine, also referred to as MDMA or ecstasy. It’s a synthetic or man-made drug that acts as a stimulant, has strong hallucinogenic properties and is the go-to drug for people in the party scene.

Molly typically alters a person’s mood and perception, making them experience feelings of euphoria, being energetic and confident, as well as increasing an individual’s feelings of empathy and playfulness with its empathogenic effects.

The drug is usually found and consumed in either a pill or powder form and its effects can be felt for, give or take, 6 hours.

Though the name Molly might sound cute and unthreatening, in reality, the misuse of Molly is both dangerous and unpredictable.

Side effects from taking the drug can induce perceptual changes like severe mood swings, high irritability, paranoia and aggression.

Physically, the use of Molly can have dangerous side-effects like arrhythmia or irregular heartbeat, high blood pressure, seizures, kidney failure and even death.

Molly can also trigger long term side effects making a person feel severely depressed for extended periods of time and can even result in permanent brain damage.

According to the NCID, though the use of Molly has not been specifically found among Malaysian youths, the agency believes that users have been mixing the drug with other substances to either reduce or increase the effects of other psychoactive drugs like opioids and lysergic acid diethylamide (LSD).

This is never a good thing considering that mixing drugs together can be extremely dangerous and may inevitably be fatal.

2. Mcdonald (Not the fast-food chain)

Though not much is known about this particular brand of street drug, according to the NCID, the “Mcdonald” is a drug that consists of a mixture of 4 different substances, mainly methamphetamine, amphetamine, cocaine and morphine.

The drug is available in the usual pill or powder form and was first detected in Malaysia in Penang.

As we’ve already established the dangers of mixing and consuming different drugs together, let us look at the substances contained in Mcdonald and how it might affect its users.

The use of either of these drugs can induce feelings of excitement, making one feel more animated and exhilarated as well as create an increased sense of alertness and arousal.

While methamphetamine and amphetamine are man-made synthetic substances, cocaine is derived from the leaves of the coca plant which is native to South America.

These drugs are highly addictive and their misuse may trigger paranoid and aggressive behaviour, cardiovascular problems, as well as lead to an overdose which can be fatal.

Morphine, on the other hand, is an opiate painkiller normally used in surgery and to treat severe pain, and can be taken in the form of a tablet, syrup, or injection.

Being high on morphine induces feelings of euphoria, relaxation and reduces one’s perception and response to pain, and is also highly addictive.

But like many other substances, mixing morphine with other drugs can be dangerous and could result in a fatal overdose.

The NCID is investigating the source of the drug in Malaysia to determine if the drug is being smuggled into the country before being distributed to other parts of the world.

Different from your scrumptious shitake, button or portobello mushrooms, psilocybin or “magic mushrooms” are categorised as psychedelics or hallucinogens that change a person’s perception, mood and thought process.

Magic mushrooms are naturally occurring and may look like any other regular fungi that grow on soil or wood.

There are many different types of magic mushrooms – which can either be eaten raw, brewed into teas or even smoked – the effects of which can last up to 6 hours.

However, the misuse of magic mushrooms may also trigger negative effects like severe vomiting and diarrhoea, feelings of paranoia, anxiety and extreme hallucinations, commonly referred to as a â€œbad tripâ€, or even induce psychosis or severe mental problems if taken excessively.

The NCID mentioned that these magic mushrooms are typically found in the form of dried leaves and fibres and are mainly used in nightclubs across the country.

Too old to be new, too new to be classic

According to the NCID, some of the 3M substances have yet to be classified as scheduled or controlled substances under the country’s Poisons Act 1952.

The law acts to governs the what, how, when and who are allowed to use, manufacture and distribute such substances in Malaysia.

Getting these drugs registered under the law remains a top priority for Malaysian authorities in the country’s longstanding war on drugs.

Why are kids doing drugs anyway?

There’s no question that Malaysia has a drug problem that is made even more concerning with the number of youths succumbing to abuse and addiction.

People do drugs for all kinds of different reasons that can either be beneficial or detrimental to the individual at large.

According to data provided by the National Anti-Drug Agency (NADA), the use of drugs and illicit substances in Malaysia can be narrowed down to a number of factors, mainly being; peer pressure, general curiosity and inquisitiveness as well as a means of enjoyment and to simply have fun.

Decriminalisation on the table

The nation’s penalties for drugs are one of the most severe policies in the world, and though the country has had a long and hard stance against illicit substances over the years, the current Health Minister aims to change all that by potentially decriminalising drug addiction and possession of drugs for personal use.

The radical change in policy aims to fight the war on drugs on a new front by classifying drug abuse as a public health issue rather than a criminal one.

As of 2017, more than 50% of the country’s prison inmates were made up of non-violent and minor drug offenders.

Drugs are dangerous and can easily be abused, so please be mindful of those youthful urges and try not to experiment too much okay kids!

(P.S. TRP does not endorse the use of harmful and addictive drugs, so please don’t get any wrong ideas…)