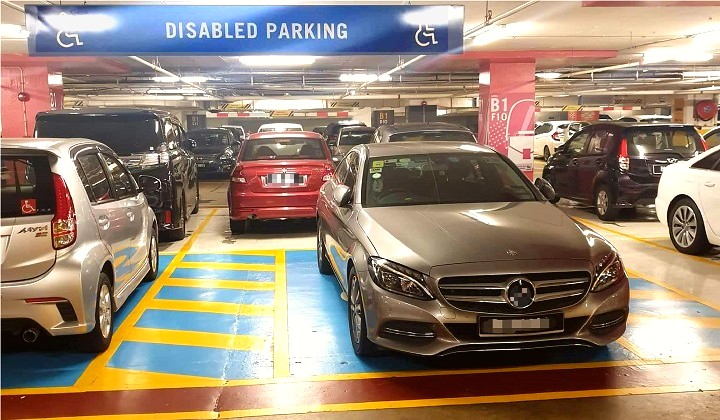 In Malaysia, if you see a [insert luxury car name here], the immediate thought is “This fella confirm drives, parks, walks, breathes, and moves like a jerk!”

While this consensus is stemmed from a collection of anecdotal evidence, it turns out that we were right all along.

Because science has finally said it, luxury car drivers are jerks!

A study in the Journal of International Psychology found that many owners of luxury cars are jerks and disagreeable men in general.

The answers were unambiguous: self-centered men who are argumentative, stubborn, disagreeable, and unempathetic are much more likely to own a high-status car.

The fast and the furi­ous: Research shows that owners of high-status cars are on a collision course with traffic.

Like many Malaysians who’ve noticed the wealthy road bullies, the study’s lead researcher, Jan-Erik Lönnqvist observed that drivers who have little regard for traffic rules like “speeding, tailgating, passing without signalling, and generally driving aggressively tend to be men and tend to drive high-status cars.”

This observation sparked the idea of this study that asks; “Are certain types of people attracted to high-status cars, regardless of income?:

So the curious experts from the University of Helsinki’s Swedish School of Social Science gathered 1,892 Finnish car owners and asked them multiple questions about their car, consumption habits, wealth, and personality traits.

The answers were then analysed using the Five-Factor Model, the most widely used framework for assessing personality traits in five key domains:

What they found was that people with personality traits such as low agreeableness were particularly likely to drive high-status cars and display unethical driving behaviour.

So why are luxury car drivers jerks?

The researchers basically agree with the common assumption that wealth has a corrupting effect on people, resulting in high-status consumption and unethical behaviour in various situations.

But they do put forth the argument that the character traits of people who like driving luxury cars, such as disagreeableness are characteristics of narcissism.

Narcissists strive to positively distinguish themselves, so they’re inclined to opt for exclusive products that allow them to promote their personal uniqueness and status. I.e. High-status luxury cars.

The results of this study also build on previous research that confirmed suspicions that drivers of expensive cars are more likely to break traffic regulations.

For example, past researchers have found that drivers of high-status luxury cars are certainly more likely to cheat at busy four-way-stop intersections and to cut off pedestrians.

But there’s a plot twist

Conscientious people are often respectable, ambitious, reliable and well-organised. They take care of themselves, their health and perform well at work.

Lönnqvist, who’s also a professor of social psychology, postulates that this link could be explained by the importance of high quality to conscientious people.

All makes of car have a specific image, and by driving a reliable car they are sending out the message that they themselves are reliable.

Jan-Erik Lönnqvist, professor of social psychology at the University of Helsinki’s Swedish School of Social Science.

The researchers also found that both conscientious men and women drive high-status cars, but the connection between self-centered personality traits and high-status cars was only found among men.

There’s no clear answer why but one theory is that cars do not have the same significance as status symbols for women.

So if you see a luxury car driving like a jerk the next time you’re out, at least you know you’re now vindicated as the science is on your side.

However, Malaysians shouldn’t be too quick to push the blame as we have the third-highest fatality rate from road accidents in the Asian region in 2018.

In fact, official statistics put transport accidents as the No 4 killer in the country, the only non-health-related death in the Top 5 causes of death in Malaysia. (Read more HERE)

Moral of the story: Whether you drive a Myvi or a Mercedes, don’t be a jerk.