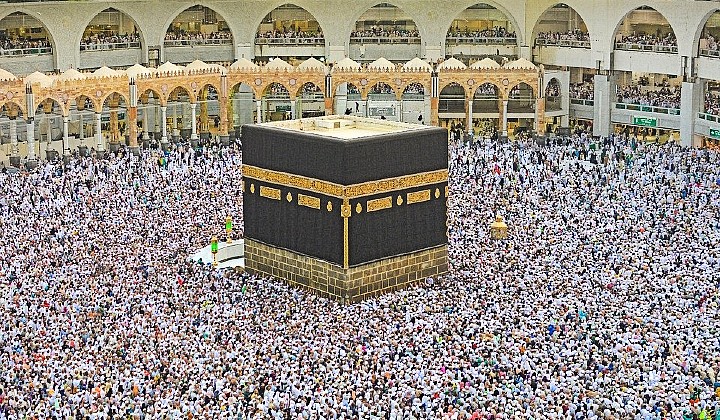 Each year, millions of Muslims from around the world make their way to the holy city of Mecca in the harsh desert of Saudi Arabia in order to perform the hajj.

Considered to be one of the largest human gatherings on the planet, the hajj can be akin to a rite of passage for Muslims to cleanse the spirit, be closer to God and strengthen bonds with fellow Muslims.

Being one of the five main pillars in the Islamic faith, each and every Muslim is expected to make the hajj pilgrimage at least once in a lifetime if one is physically strong enough and can financially afford to make the journey.

However, with the Saudi Arabian government imposing new charges towards pilgrims who are taking part in 2020â€™s hajj season, it raises the curious question of whether the sacred pilgrimage is becoming a bit too expensive for the average Muslim.

To discuss the cost of a hajj trip, we must first talk about the ways that a Malaysian Muslim can take part in the holy pilgrimage, and there are generally 2 ways to do so;

Like most things in our global market, the cost of performing hajj varies from country to country depending on the nationâ€™s general state of the economy, average income level, currency exchange rate and a range of other factors.

But for Muslim-majority countries like Malaysia, the cost of going on hajj can still be considered â€œrelatively affordableâ€ due to the existence of hajj investment funds, like our very own Tabung Haji (TH).

TH is an Islamic institution established to manage hajj pilgrimage in Malaysia. The organisation acts as the sole hajj institution in the country, meaning that all matters pertaining to hajj have to be dealt with through TH.

TH makes it relatively easier for Malaysians to perform their religious duty by providing Muslims with an investment program in which they can save up money for hajj.

The organisation also subsidises and takes on a portion of the cost for each individual pilgrim, making it somewhat cheaper for a Malaysian to perform hajj under its program.

Since 2009, each Malaysian pilgrim under THâ€™s standard Muassasah package – which includes the cost of flights, transportations, accommodations and a host of other services provided by TH like welfare and medical costs – is only required to pay a total of RM9,980 in order to take part in that yearâ€™s hajj.

This price is significantly lower than the tripâ€™s actual cost which is taken on partly by TH.

According to TH, the rate for an individual hajj trip for the 2020 hajj season costs a total RM22,900.

Furthermore, based on numbers provided by the company, the average cost of a hajj trip has been rising steadily since 2013.

TH attributes this increase to the rise in airfare and accommodation costs in Saudi Arabia as well as the newly imposed fees announced by the Saudi government which includes additional visa fees of RM300.

Meanwhile, TH also revealed that the organisation might not be able to keep on subsidising Malaysian pilgrims if the cost continues to rise annually, which would make hajj trips even more expensive in the future.

Aside from performing hajj through TH, Malaysians can also opt to perform the pilgrimage through private tour companies that are authorised and registered with TH.

This is important because the government of Saudi Arabia has what it calls â€œhajj quotasâ€ which only allows 0.1% of a countryâ€™s Muslim population to perform the hajj each year, which in turn is managed by TH.

So in order to be cleared to travel to Mecca for hajj, a Malaysian must first be registered with TH, before making a booking with the travel agency of their choice.

These hajj packages offered by authorised agencies can range in price between RM20,000 to more than RM150,000.

Pilgrims travelling with private tour groups would usually enjoy additional perks compared to those travelling under the basic Muassasah package offered by TH, like accommodations close to the Grand Mosque in Mecca, bigger hotel rooms and way better food, among others.

Despite the higher price tag, reportedly more and more Malaysians are choosing to perform hajj through these private packages tours.