The man responsible was a young Frenchman named Henri Fauconnier. 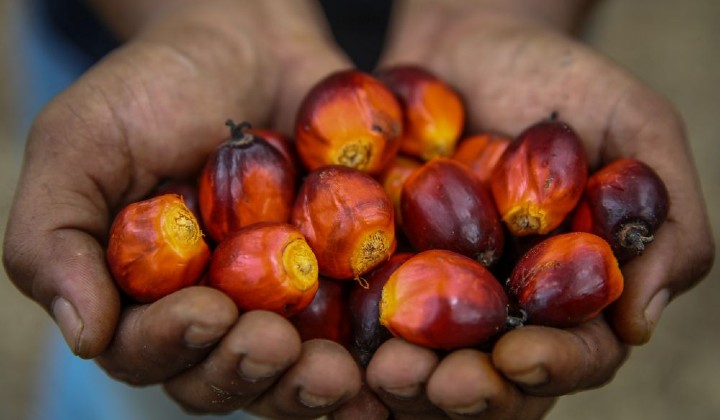 News about Malaysia’s palm oil industry in January 2020 was different from the usual controversies – sustainability and environmental impact.

India, which has been the top importer of Malaysian palm oil for the past five years, decided they didn’t want to buy the commodity from us anymore. The move was retaliation after our Prime Minister, Tun Dr Mahathir Mohamad criticised the country’s policy towards Kashmir.

Eco-warriors worldwide have been rallying against the palm oil industry for years because the cultivation of the plant is one of the major causes of deforestation and declining biodiversity in Borneo.

As of 2011, Malaysia has a total planted area of 4.917 million hectares. Hectares that used to be lush green rainforests.

In 2018, the fight against the palm oil industry was reignited after an animated video by Greenpeace went viral. The video informed the masses of the dirty truth behind palm oil: It’s used in everything and it’s killing the orangutans.

In West Africa, where it originates, the oil palm tree grows in the wild. It was introduced to Malaya by the British from the Royal Botanic Gardens in Kew, England, in the early 1870s. This was planted at the Singapore Botanic Garden and used as a decorative plant.

Soon, the tree became a common sight along major roads, in front of government buildings, and in public parks. Loving the year-long sunshine of the equator, the oil palm plant did very well in Malaysia’s constantly hot and rainy weather.

Prompted by the 19th century Industrial Revolution in Europe, Henri Fauconnier traveled to Malaya in search of his fortune. In 1911, he was impressed by oil palm development in Sumatra and brought some seeds back for experimentation on his own coffee estate in Malaya.

When rubber and coffee prices began depreciating, he planted the seeds in Tennamaram which became the first commercial oil palm estate and laid the foundations of Malaysia’s palm oil industry.

When the government realised in the early 1960s that palm oil could reduce the country’s economic dependence on rubber and tin, they introduced land settlement schemes for planting palm oil. This move was also aimed to eradicate poverty for landless farmers and smallholders.

Each settler received eight acres of oil palm plantation, two acres of fruit trees, and a house on a quarter-acre lot. By the 1990s, a total of 112,635 rural poor had found employment, with 80% being dependent on the oil palm.

With more and more settlers cultivating oil palm, it surpassed rubber in 1989 as the country’s main economic crop. As time passed, and Malaysia perfected its cultivation, we became one of the world’s top producers of palm oil.

Malaysia currently accounts for 28% of world palm oil production and 33% of world exports.

Why the world won’t give it up

The truth is, it’s really hard to discard the oil palm because palm oil has become the second most consumed oil in the world. It is also the most efficient bearing crop in the world, needing way less land area to obtain the same amount of vegetable oil compared to any other oil.

The plant has an economic life of about 25 years and is ready for harvest just 30 months after field planting. The oil has many other advantages too: it’s cheap to produce, stable in processing, slow to smoke, plus it has a long shelf life.

Despite the obvious effects it has on the environment, palm oil experts believe that boycotting the plant would be unwise and futile. Alternative crops would swallow even more land and the oil is processed into the main ingredient for too many products we use today.

The only way forward is to make the production process less bad.

In Malaysia, the oil palm industry is heavily regulated. In 2015, the government launched the Malaysian Standard on Sustainable Palm Oil (MSPO).

MSPO is a standard that complies with Malaysian laws and ratified international conventions to ensure that all oil palm premises in Malaysia practice sustainable methods when cultivating the plant.

This includes limiting the use of pesticides, practising a zero-burning policy, and completely stopping the further expansion of plantations in natural rainforests.

You can find out more about these practices here.