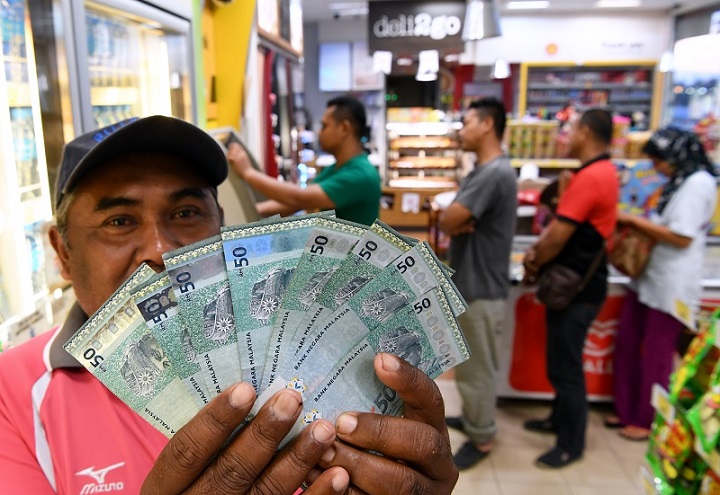 Bantuan Sara Hidup (BSH) is a yearly financial aid initiative handed out by the government and is the subject of interest among many Malaysians.

Just the fact that it’s one of the most searched terms in the country for 2019, alongside blockbuster movies and the haze, shows how much people care about it.

BSH is disbursed in three phases throughout the year and the first phase of 2020 sees 3.8 million registered recipients under the “households” category receiving RM300.

The government has allocated RM1 billion to be given out to the rakyat this year.

In total, BSH will cost RM5 billion and in 2020, the eligibility was extended to 1.1 million individuals aged 40 and above who earn less than RM2,000 per month and the disabled who are 18 and above.

Under BSH, large families stand to receive more as the government will hand out an extra RM120 per child but it’s capped at four.

You can check if you’re eligible here and register if you haven’t, but before that, what is BSH?

Also, if you’re unsure where you are in the income group, check out this article by one of our other writers.

To help the marginalised

BSH is a continuation of Bantuan Rakyat 1Malaysia (BR1M) – one of the initiatives by the previous government to help the economically disadvantaged but was limited to only those earning RM3,000 and below.

It was distributed to households beginning 2012 where beneficiaries can receive RM500 either in cash or vouchers.

As the years have progressed, so too did the aid as the previous government opened it to more groups, including those who live alone and the disabled.

The amount grew every few years as well as by 2018, the rakyat received a one-off cash handout of RM1,200 and BR1M’s recipients reached 7 million.

Regardless of whether it’s BR1M or BHS, the financial aid is much politicised with comments hurled about by both sides who would take every chance possible to pounce.

BR1M was the go-to issue for Pakatan Harapan who claimed it was a political trick by Barisan Nasional to win votes besides questioning the source of the funds.

Over in the Barisan camp, then Prime Minister Datuk Seri Najib Abdul Razak defended BR1M and said the funds were from legitimate sources and the yearly increase was possible due to the country’s strong financial position.

Despite the criticism, PH also included BR1M in their GE14 manifesto, and said the rakyat will continue to receive the aid even after they gained power.

Now that they are the ruling party, it’s the “new” oppositions’ turn to condemn the financial aid and BN was quick to grab the opportunity downplay it.

Barisan Nasional President, Datuk Zaid Hamidi said it’s a tactic used by PH to win votes – which is basically the same thing said by Pakatan when they were the opposition.

Then the government had the idea of reducing and eventually phasing out the financial aid as current Prime Minister Tun Dr Mahathir Mohamad wants to encourage Malaysians to become more independent and rely less on the government for handouts.

The Minister of Economic Affairs Datuk Seri Mohamed Azmin Ali agreed and said that it should be abolished due to it being politically-motivated.

To stay or take away?

Despite what the politicians have to say, and the name change, the rakyat has a vested interest in the yearly handout.

When news about abolishing BR1M broke out, retirees complained saying that they would still need the aid because of their advanced age.

Even the payout amount was scrutinised as a survey showed that people think that BSH is insufficient compared to BR1M.

What do the experts say?

Experts have given their thoughts on the effectiveness of the aid and whether or not it should be continued in the future.

While they think BSH is better targeted than BR1M, the World Bank is concerned with the programme’s depth and commented that BSH benefits only a relatively small increase to household incomes for the poorest 20% in the country.

They’ve also suggested improvements without increasing the total amount paid such as by tweaking its payout formula to account for the number of children in each household when determining eligibility.

World Bank also questioned whether BSH actually has an impact in uplifting the poor.

There are also those saying the programme will only increase the governmentâ€™s debt as it requires Putrajaya to take up more loans to fund it.

Even when Dr Mahathir talked about abolishing BR1M, experts hailed the move, saying that removing cash handouts doesn’t affect the country as BSH contributes little towards the average consumer but ending it would increase government coffers and improve its financial situation.

The reality is that poverty is an issue that affects 15% of the population and regardless whether BSH continues or otherwise, the underlying problem should be addressed.