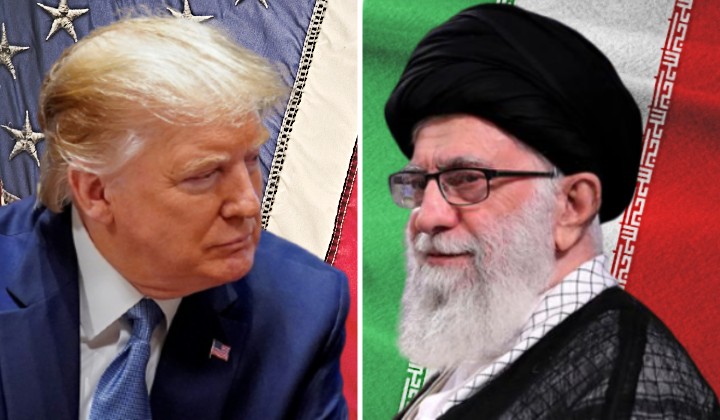 [This article has been updated to include Iran’s latest attack towards the U.S]

Looks like we’ve stepped into the new decade with the world in turmoil.

Across the internet, netizens and meme lords were hard at work jokingly making references over the possibility of World War III erupting and the consequences of a global conflict amidst growing tensions between the United States (U.S) and the Islamic Republic of Iran.

2020 #worldwar3
Is gonna Trending on
Be a Twitter
Great year pic.twitter.com/oA8yAdNSP3

With that, TRP brings you the gist of whatâ€™s been happening in the Middle East as the world anxiously awaits on how this latest conflict in the desert would develop.

The spark of World War III?

On December 27, 2019, a military base in Kirkuk, Iraq which housed U.S personnel came under attack. The strike left one U.S civilian contractor dead, and several U.S and Iraqi military personnel injured. [NY Times]

The U.S claimed that the attack was perpetrated by Iranian-backed militia group, Kataib Hezbollah, while Iran denies any involvement in the incident. [Middle East Monitor]

Following the airstrike, protests by Iranian-backed activists broke out at the American embassy in Baghdad. Demonstrators stormed into and damaged the embassy compound before being driven back by Iraqi security forces. [Al Jazeera]

Then on the second day of the new year, a U.S drone airstrike ordered by U.S President Donald Trump killed Iran’s top military leader, Major General Qasem Soleimani along with five others outside the Baghdad airport. [CNN]

Qassem Soleimani was the leader of the Quds Force of Iranâ€™s Islamic Revolutionary Guard Corps and considered to be a key figure in Iran’s military presence in the Middle East. [The New Yorker]

Thousands of Iranians marched on the streets of Tehran, Iran chanting “death to America” in protest of the killing of the nation’s military leader. [Channel News Asia]

Donald Trump continues with his “tough guy” approach and threatened to attack 52 Iranian â€œcultural sitesâ€ if the country were to retaliate against the U.S. [The Guardian]

Iran never won a war, but never lost a negotiation!

Amidst the rising tensions, Iraq’s parliament passed a resolution calling to expel all foreign military presence from the country declaring Americaâ€™s recent actions as a violation of Iraqâ€™s sovereignty. [Vox]

There are an estimated 5,000 U.S soldiers in Iraq as part of the international coalition in the fight against Islamic State (Isis) terrorists. The U.S military had been aiding and training Iraqi forces in anti-terrorist operations, but this has come to a halt following the recent attacks. [The Guardian]

Iran later announced that it would no longer abide by restrictions set in the 2015 nuclear deal. [CNN]

Following up on their threats to retaliate, Iran fired more than a dozen ballistic missiles at two separate Iraqi military bases that housed American personnel on January 8, 2020. Reportedly there were no casualties from the attack. [NPR]

In response to the strike, the U.S announced that it would impose stricter sanctions on Iran. [Al Jazeera]

Caught in the crossfire between Washington and Tehran, the Iraqi government denounced Iranâ€™s missile attack as a violation of the nationâ€™s sovereignty and condemned the two foreign powers for turning the country into a battlefield for its rivalry. [Al Jazeera]

Just hours after Iran fired a barrage of missiles into Iraq, a Ukrainian airliner carrying 176 passengers crashed shortly after taking off from the Imam Khomeini International Airport, Iran. All passengers and crew were reportedly killed. [Al Jazeera]

Though the cause of the crash remains unclear, Ukranian authorities have not ruled out the possibility that the aircraft might have gone down due to an attack in the conflict riddled region. [Al Jazeera]

Though tensions remain high, it appears that hostilities between the U.S and Iran are de-escalating. It was reported that both nations are currently standing down from further aggression. [BCC]

Tensions between the US and Iran have been building for years.

It began as the U.S withdrew from the Joint Comprehensive Plan of Action (JCPOA) or the â€œIran nuclear dealâ€ back in 2018. [Vox]

The JCPOA is an agreement between Iran and other nations including the U.K, France, Germany, Russia and China to restrict Iranâ€™s nuclear program in exchange for relief from economic sanctions which was set in place to put pressure on Iran’s economy and hinder the country from making nuclear weapons. [Council of Foreign Relations]

After the withdrawal from the agreement, the U.S reimposed sanctions on Iran. [NY Times]

The world holding its breath

The conflict between the U.S and Iran has had the world on its toes.

With the threat of a full out war between the U.S and Iran looming, the United Nations (UN) Secretary-General AntÃ³nio Guterres expressed concerns over the rising geopolitical tensions around the world and called for global leaders to de-escalate and cease hostilities. [UN News]

Countries like the U.K, France and Germany have cautioned all parties involved in the crisis to immediately back down before situations get worse. [DW]

Being an ally to both the U.S and Iran, Malaysia is â€œdeeply concernedâ€ over the developing conflict and advised both nations to resolve the situation peacefully. [Malaysiakini]

With such an “explosive” start to the decade, what else is in store for the world in 2020? Share us your thoughts on the crisis in the Middle East on our Facebook, Twitter and Instagram.

Freedom, Justice And Self-Determination Are Not Only For Europeans With Light Skin And Blue Eyes [Opinion]

Russia-Ukraine Conflict: Malaysian Diplomats Flee Kyiv On Their Own After Chartered Bus Failed To Show Up

How The Russia-Ukraine Conflict Will Affect Malaysia