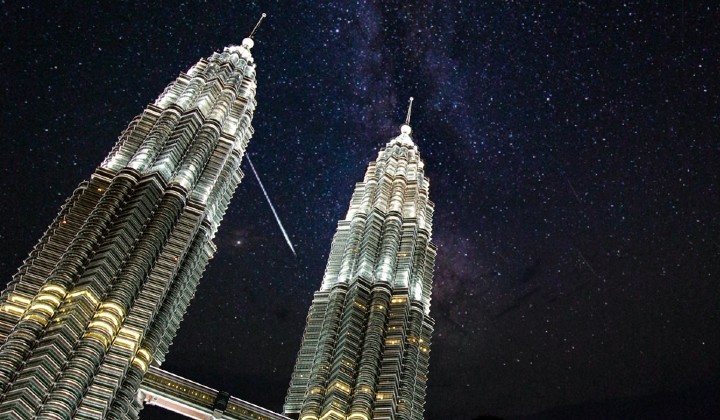 One of the most intense meteor showers takes place annually in January and Malaysia is perfectly placed to watch it.

The Quadrantids are famous for spitting out â€œfireballâ€ meteors that blaze across the night sky in a dazzling array of unusual colour and brightness.

What are the Quadrantids?

The Quadrantid is an annual meteor shower that happens between the end of December and the second week of January as leftover comet particles and asteroid pieces emit a dusty trail around the sun for the Earth to pass through.

The point in the sky where the Quadrantids appear to come from – its â€œradiantâ€, is an obsolete constellation called â€œQuadrans Muralisâ€. The constellation, created in 1795, was taken off the list of recognised modern constellations in 1922.

Since the shower had already been named after Quadrans Muralis, its name was not changed, though sometimes it is referred to as Bootids after the modern constellation, BoÃ¶tes located closeby.

While most meteor showers originate from comets and have peak periods that last for about two days, the Quadrantids actually come from an asteroid: Asteroid 2003 EH1, and has a narrow peak period of just a few hours despite actually taking place over a span of about two weeks.

This year, the peak period for the Quadrantids was between 4am to 7am on Sunday, 5th January 2020 (Malaysian time).

According to NASA, it is considered to be one of the best annual meteor showers because although it has a narrow peak, it can produce over 100 meteors per hour.

How to watch the Quadrantids?

To find the Quadrantids radiant, you will need to look for the constellation Bootes. Find Bootes by looking north for the North Star and the Big Dipper. Then, follow the â€œarcâ€ of the Big Dipperâ€™s handle across the sky to the red giant star Arcturus. Arcturus anchors the bottom of Bootes.

However, a pro tip when looking for meteors is to not look directly at the radiant. Instead, look at the sky around it because the meteors can appear in any direction.

You wonâ€™t need any binoculars or telescopes because your eyes are enough to see the shooting stars streaking overhead after theyâ€™ve adjusted to the darkness. This usually takes about 20-30 minutes.

So, pack your bags, find a secluded viewing spot away from the city lights with clear skies (click here for popular spots and here to check weather forecasts), face northeast, lie flat on your back, and look up!