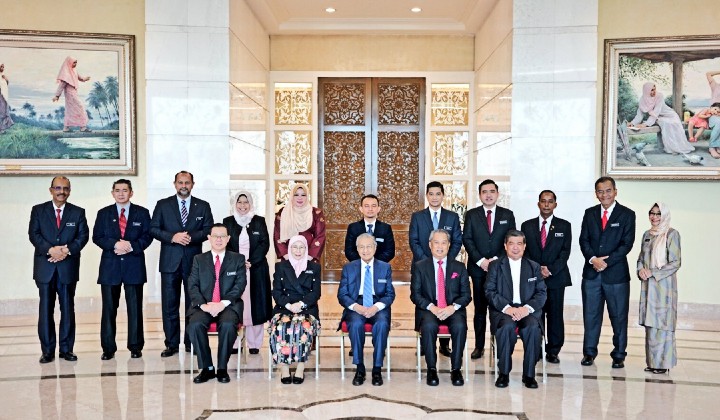 In the final days of 2019, the Public Service Department (PSD) came under scrutiny for announcing financial rollbacks to the Critical Service Incentive Payment (BIPK) – an allowance program for Malaysia’s civil servants.

The issue got so heated that Youth and Sports Minister Syed Saddiq Abdul Rahman got too close to the camera, again, to oppose the decision, stating that the government should look into the salaries and allowances of its politicians instead.

In light of these events, Malaysians became curious on how the government is managing the national coffers, especially when it comes to paying its politicians.

So, let’s take a brief look at how and why parliamentarians are paid as much as they are here in Malaysia.

(If you would like to know what a parliamentarian is and what they do, you can read more about it, HERE)

Based on the Members of Parliament (Remuneration) Act 1980, an elected official’s salary is determined by the sum of monthly salary and the monthly allowances that the official is entitled to.

An official’s monthly salary and allowances are then determined by the positions that they hold within the government.

So to start here’s a basic list of how much a parliamentarian would earn based on their respective positions within parliament;

Taking that into account, if they also hold a position in the government, a Malaysian parliamentarian would also earn a monthly salary based on the administrative or executive government position that they hold;

Members of the Administration, monthly salary

Simply put, the more positions of power a parliamentarian holds, the more money they get in their monthly paycheck.

However, if an MP holds two or more administrative offices within the government, the official would then only be entitled to the highest salary and allowances payable for the position that they hold.

It’s also worth mentioning that the salary and allowances for a State Legislative Assembly (ADUN) member are controlled and governed by each state individually. (So to avoid confusion, we’re not mentioning it here, but you can check out a list of your State Assemblymen’s remuneration, HERE)

Other allowances and claims

Aside from the monthly salary and allowances for their respective positions, Malaysian MPs are also entitled to a host of other allowances and claims.

Malaysia’s 222 MPs and 70 senators received a rather substantial increase to their allowances in 2015.

The pay scheme saw a nearly three-fold hike from the previous rate set back in 2002, to what it is today in the revised Members of Parliament (Remuneration) Act.

In 2018, as a measure to reduce the nation’s debt and expenditure, the Pakatan Harapan government announced that all ministers within the Cabinet would be taking a 10% pay cut off their salaries.

As of July 2019, Dewan Rakyat passed a special motion to get Malaysian parliamentarians to declare their wealth.

The nation’s MPs are now required to declare their personal assets, and assets belonging to their spouses, children and trustees that include, monthly earnings and all property obtained either domestically or abroad to the Malaysian Anti-Corruption Commission (MACC).

The move was made essentially to create better transparency within the government as well as to reach the overall goal of creating a corruption-free country.