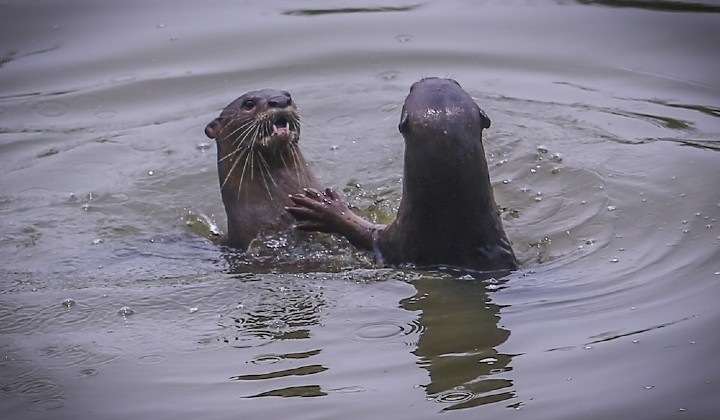 In 2019, there were videos of rarely seen wildlife floating around in social media that Malaysians began to draw similarities to the Hollywood flick, Jumanji.

These include orca whales, swimming elephants and many more.

We’ve compiled a list of animals caught on camera in 2019:

We start off the list with something light-hearted in Terengganu with the video of a playful elephant enjoying a swim in Tasik Kenyir.

The video caught the attention of netizens as the gentle giant seemed oblivious to the camera before reaching land and vanishing amidst the thick jungle.

Below is the video of the elephant:

Native to Malaysia, the Malaysian Tiger is also the national animal and is often associated with bravery, strength, and grandeur.

These cats can grow up 237 centimeters across and weigh up to 120 kilograms and are apex predators that can take down an adult human being.

It’s a no-brainer why locals were scared when they saw a couple of tigers strolling about in Terengganu.

The incident happened in July as a video of two tigers was uploaded on social media walking past cars and petrified folks in a small town.

Turns out the Awang Besul – the name of the tiger, was suffering Canine Distemper Virus (CDV) which tamed him and caused his demise days later.

2019 is also the year for wild first-time encounters, as what happened to Petronas staff members who spotted a large aquatic mammal near the Pelantar Dulang Petronas oil drilling platform.

The Rantau Abang Fisheries Research Institute (FRI) said what they saw in the water were Orca whales – the first time the mammal was seen in Terengganu waters.

Visitors frequenting Taman Tasik Metropolitan Kepong were in for a furry surprise when they found endangered otters at the lake of the 222-acre public park.

Experts are not sure why these animals decided to make the lake as a place to call home but experts pointed out otters are an indicator of healthy wetlands and a functioning ecosystem.

Question, how many guys would it take to catch a tapir? Try eight from the Civil Defence Force (CDF).

The authorities went on a wild tapir chase in a Seremban neighbourhood after the animal was seen taking a morning stroll and was spotted by residents.

It’s believed that the Tapir had come from a nearby jungle and was captured and caged before being handed over to PERHILITAN.