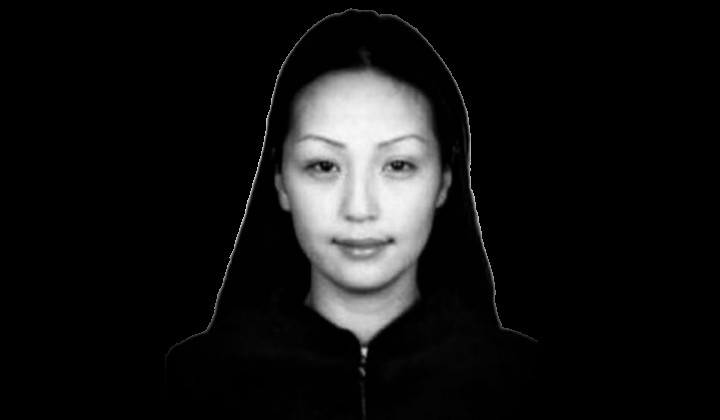 After her murder 13 years ago, Altantuya Shariibuu’s case finds new evidence in the form of a statutory declaration given by one of the perpetrators currently on death row.

We wrap-up all the details of the case from the fateful day of her death up until the most recent evidence.

It’s a long one, so get comfortable and prepare yourself for a JOURNEY.

Altantuya Shariibuu’s bone fragments were found on a hill near Empangan Tasik Subang on 7th November. [The Star]

Based on the bone fragments, police believed she was shot twice in the head and her body blown to bits using C4 explosives to destroy evidence. [The Star]

Altantuya had entered Malaysia on 8th October with her cousin and friend to meet her alleged “boyfriend/husband” political analyst Abdul Razak Baginda and were staying at Hotel Malaya on Jalan Hang Lekir.

On 19th October, Altantuya lodged a police report against Razak Baginda and his hired private investigator, P. Balasubramaniam, for harassment and death threats.

On the same day, Altantuya received a phone call to meet Abdul Razak at his house.

The next day, her cousin and friend lodged a missing person’s report when Altantuya failed to return, with the help of the honorary Mongolian consul-general Datuk Syed Abdul Rahman Alhabshi. [The Star]

Police personnel were arrested for her murder and charged (2006)

Azilah Hadri and Sirul Azhar were members of the elite Special Action Force team assigned to the Prime Minister’s office as bodyguards. [The Star]

Razak Baginda was also arrested and remanded for the murder investigation. At the time he was known as a well-connected defence and political analyst close to the then-deputy prime minister, Datuk Seri Najib Abdul Razak. [Malaysiakini]

Azilah and Sirul were charged on 15th November for the murder of Altantuya by the Shah Alam High Court. Razak Baginda was charged for abetting the two policemen. [BBC]

Altantuya was revealed to be in Malaysia to demand US$500,000 (worth about RM1.8 million at the time) from Razak Baginda.

She hired a private investigator (PI) to help her track down Razak Baginda. Razak Baginda also hired a PI, Balasubramaniam, on 13th October to keep Altantuya away. [Malaysiakini]

Altantuya’s police report, lodged the day she was murdered, was tendered in court as evidence. [Malaysiakini]

Azilah testified he was instructed to pick up Altantuya and send her back to her hotel but ended up leaving her with Sirul. [Malaysiakini]

Sirul testified he was being used as a scapegoat by the police and those in power. [Malaysiakini]

A Chief Inspector witness testified that Azilah was at the crime scene during the murder because Azilah knew the exact location. [Malaysiakini]

Altantuya’s cousin testified Altantuya had shown her a photograph of Altantuya, Razak Baginda and Najib Razak dining together. Najib then swore in a mosque that he didn’t know Altantuya. [The Star]

You can read the full testimonies of the witnesses here.

PI Bala submits a second statutory declaration less than 24 hours after releasing the first saying that the first one was inaccurate and made under duress. [The Star]

During his remand, Razak Baginda was curiously released on bail. [The Star]

Later, the High Court acquitted him of all charges without ordering him to enter a defense. [Malaysiakini]

The deputy public prosecutor did not appeal against Razak Baginda’s acquittal. [Malaysiakini]

Azilah and Sirul are found guilty (2009)

On 9th April, the high court meted out the death sentence to Azilah and Sirul. [BBC]

Azilah and Sirul file an appeal to their death sentence (2009)

Asia Sentinel published an article based on anonymous documents linking Najib Razak, Abdul Razak Baginda and Altantuya Shaariibuu in the sale of submarines by a French company to the Malaysian Ministry of Defence. [Asia Sentinel]

In August, the Court of Appeal overturned the High Court’s guilty verdict and acquitted the two policemen. [Malay Mail]

FUN FACT: The Court of Appeal panel was chaired by Justice Tan Sri MohaÂ­med Apandi Ali who would later be appointed Attorney-General by Najib in 2015 after the termination of Tan Sri Abdul Gani Patail.

You can read the Appeals Court full judgement here.

Case goes to trial again in the Federal Courts (2014)

Prosecution files for a retrial against the Court of Appeals judgement on the same day Azilah and Sirul are acquitted. [The Star]

Azilah’s presence at the crime scene during the time of the murder is established. [The Star]

C4 explosives weren’t used during Altantuya’s murder. Instead, the substances found at the crime scene were of PETN and RDX explosives. [NST]

In January, the Federal Court upholds its decision to convict Azilah and Sirul of murdering Altantuya Shaariibuu. [The Star]

You can read the courtâ€™s press summary here and the full court papers here.

Sirul is in an Australian detention centre (2015)

When the Federal Court sentenced Sirul and Azilah with the death penalty, Sirul was not present in the courtroom. [The Star]

He had been living with his son near Brisbane, Australia and was detained by Australian police after an Interpol red alert was issued. [ABC]

Altantuya’s father, Shaariibuu Setev, and their family lawyer continued to speak to the press and send letters to authorities in an attempt to get some justice for his daughter. [Malaysiakini]

One year after his conviction, Azilah seeks a royal pardon from the Sultan of Selangor in January. [NST]

In Australia, Sirul applies for a protection visa but is denied and has remained in the Villawood detention centre since. [NST]

Sirul says that he would be willing to assist the new government reveal what actually transpired during Altantuya’s murder as long as he is given a full pardon and allowed back in Malaysia. [Malaysiakini]

Altantuya’s family sues the Malaysian government over her murder (2018)

In February, Sirul’s claim for asylum is rejected by Australia and he faces deportation back to Malaysia if the country decides to abolish the death penalty. [NST]

During his appeal, he tells an Australian court that he had been ordered to kill Altantuya because she was a “Russian spy”. [Malay Mail]

While on death row, Azilah finally releases a statutory declaration saying that the order to kill Altantuya had come from the former prime minister, Najib Razak and his close associate, Abdul Razak Baginda. [Malaysiakini]

Hopefully, with these new details, the innocent will be freed, those truly guilty are punished and Altantuya and her family finally get the justice they deserve.