Dr. Farah Roslan said infection concerns related to her hijab motivated her to have one that can be used in operating theatres. 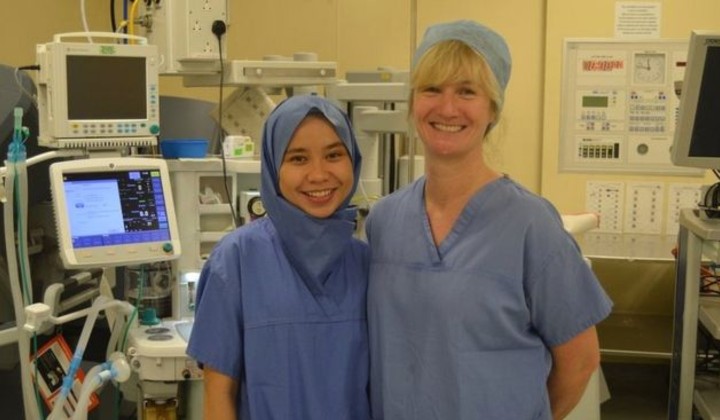 When there’s a will, there’s a way as the saying goes and Dr. Farah Roslan showed that Malaysians are able to adapt to various working conditions while still being devoted to their faith.

She is responsible for the introduction of disposable sterile hijabs to be used in operating theaters at Royal Derby Hospital in the United Kingdom (UK).

This is the first time that a medical institution in the UK adopting the headscarf.

Farah had the idea during her training at the Royal Derby Hospital.

She said due to infection concerns related to her hijab, she had to find a way to have one that can be used in operating theatres.

To overcome this, the young doctor tried to find a middle ground between adhering to her faith and also her passion for being in the operating theatre.

“I’d been using the same headscarf all day which obviously wasn’t clean and ideal. I didn’t feel comfortable taking it off and I was pulled out from the theatre, respectfully, due to infection control.”

To find inspiration for the hijab, she looked to Malaysia, for ideas before creating a design and testing fabrics.

The University Hospitals of Derby and Burton NHS Trust said the new headscarves would be available for the first time earlier in December.

The junior doctor looks forward to seeing if it can be endorsed throughout the UK.