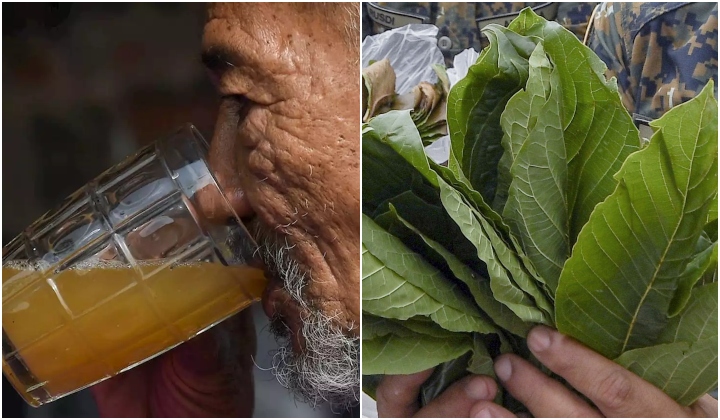 There have been mixed reports about ketum and its effects. Researchers, cultivators and our grandparents insist that ketum has an array of medicinal value. However, the government is intent on banning the leaf on concerns of abuse and addiction.

So, we decided to dig a little deeper to better understand ketum. This writer also requested to write this piece while being on ketum for a more wholesome report, but our editor wasnâ€™t sporting enough.

So, what is ketum exactly?

Ketum is also known as biak in Malaysia. In Thailand, the leaf is known as krathom. Scientists, however, refer to this interesting plant as Mitragyna Speciosa, the indigenous psychotropic plant of Southeast Asia.

Part of the coffee family, ketum trees can be found growing wildly in the northern states of Peninsular Malaysia and in the central and southern parts of Thailand.

How is it used?

For the past 100 years or so, the leaf has been used this way in Malaysia for social and medicinal purposes.

Ketum leaves can be chewed, smoked, or brewed into a herbal tea.

However, those using the leaf for its medicinal properties advise that it is best consumed as a tea brewed by boiling just a handful of the leaves in water.

Many rural folks in the northern states see ketum use as an intractable aspect of their socio-culture, and it is often consumed in the community during social gatherings.

Although there hasnâ€™t been any scientific evidence to support claims, villagers in Kedah, Perlis, and Pulau Pinang swear by ketumâ€™s ability to regulate blood sugar levels of diabetic patients and help with malaria, hypertension, and stomach worms.

According to USM researcher Dr Darshan Singh, in the 1930s ketum was also widely used to help control opioid addiction and to suppress withdrawal symptoms experienced by opioid addicts when opium itself was unavailable or unaffordable.

Currently, the United States is the number one importer of ketum for its pain and anxiety relief effects.

How is it abused?

Extracts from Mitragyna Speciosa contain the active ingredient mitragynine which feels like a lot like being on morphine and heroin despite having a completely different chemical structure.

Its effects are said to be â€˜dose-dependentâ€™ and it can act as a stimulant at lower doses while large doses lead to a stupor.

Due to this, heavy consumption of ketum on a daily basis can result in dependency and addiction.

Those who regularly abuse the leaf tend to make the herbal tea by boiling large numbers of leaves in water to create a concentrated solution of mitragynine and it is mixed with other substances such as alcohol, opiates, methamphetamines and amphetamines to increase its effects.

Interestingly, despite the addictive properties of ketum, scientists have not been able to link its use with any serious health effects other than addiction and withdrawal symptoms that last 2 to 3 days. Of course, more long term research is required to confirm this.

In Malaysia, ketum use is regulated under Section 30(3) of the Poisons Act 1952. It has been listed as a third schedule poison and it is an offence to harvest and sell the plant in Malaysia, though planting a couple of ketum trees in your garden is not.

For several years now, the government has been trying to ban the plant entirely as it is seen as a gateway drug and authorities fear that if the plant is not banned it will encourage abuse in the country.

In the latest report on the matter, the Kedah state government wants to give incentives to ketum growers in the state to switch to other crops.

In Indonesia and Thailand, ketum has been banned for domestic consumption. But Indonesia still allows its export in unprocessed form and has been cashing in on the crop for years due to the high demand from the U.S

Criminalising the use of ketum would technically go against the Health Ministryâ€™s recent move to decriminalise drug usage and there have been fears among the scientific community that a ban could possibly increase the number of opioid addicts in the country.