This is why vaccinations are so important! 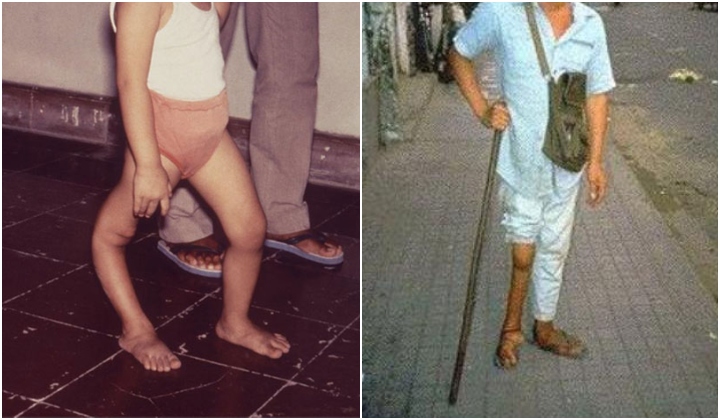 Polio, or poliomyelitis, is a crippling and potentially deadly infectious disease.

It is caused by the poliovirus, a very contagious virus that enters the body through the mouth and spreads through contact with the faeces (poop) of an infected person and less commonly through droplets from a sneeze or a cough.

The virus is capable of invading an infected person’s brain and spinal cord, causing paralysis, permanent disability and sometimes even death.

Although Malaysia managed to eradicate this virus some 30 years ago, every now and then, one or two cases will pop back up. In December 2019, a three-month-old baby in Sabah was confirmed to have the poliovirus.

Tests confirmed that the poliovirus found in the baby was linked to the poliovirus detected in the Acute Flaccid Paralysis (AFP) case in the Philippines, classified as the circulating vaccine-derived poliovirus type 1 (cVDPV 1).

When the frightening virus returned to our shores, we spoke to Dr Giri Shan Rajahram, an Infectious Disease and Internal Medicine Physician at Queen Elizabeth Hospital 2 in Sabah to get a better idea of this illness.

What are the symptoms of polio?

Based on a report by the United States Centers for Disease Control and Prevention (CDC) 25% of people infected with poliovirus will have flu-like symptoms such as a sore throat, fever, headache, stomach pain and nausea which usually lasts 2 to 5 days then goes away on its own.

Meanwhile, 72% of those infected with this virus will not show any visible symptoms but they can still pass the virus to those around them.

Only a small portion of those infected with the virus will develop more serious symptoms that affect the brain and spinal cord.

Death usually occurs when the virus affects the muscles used to breathe.

Children affected by the virus that fully recover can develop new muscle pain, weakness, or paralysis as adults, some 15 to 40 years later. This is called post-polio syndrome.

According to Dr Giri, the only viable action is prevention through vaccination because there is no cure for polio.

Once it is contracted, the only treatment available is supportive care which includes bed rest, nutritional support and physical therapy to prevent deformities from occurring over time.

Unfortunately, some patients may need extensive and long term care such as breathing assistance and brace or splints to prevent extremity pain and spasms.

Early detection and diagnosis can help reduce the severity of symptoms.

How did Malaysia successfully eradicate polio before this? And how did this terrible virus manage to return?

Dr Giri explains that Malaysia managed to successfully eradicate polio by improving and developing good public health and primary care services, as well as with the success of the national immunisation programme introduced in 1972.

Malaysia also introduced specific safety measures that included ensuring all children born in the country were vaccinated age-appropriately so that 95% of the population was vaccinated against this virus.

Besides that, the country also improved sanitation, waste disposal and the use of clean water and ensured that the community was taught good hygiene practices, especially personal hygiene (like frequent washing of hands).

The virus that recently affected the three-month-old baby was found to be a circulating vaccine-derived poliovirus (cVDPV) which comes from a weakened poliovirus in the oral polio vaccine. This weakened virus is excreted from the body through the faeces.

In unsanitary living conditions, the excreted virus can infect those who have not been previously vaccinated and have no immunity. This active virus is called the vaccine-derived poliovirus (VDPV) and it can cause polio.

The virus can then spread through the population if immunity is less than 95%. The longer it persists in the community, the more likely it will mutate into an active virus. In Malaysia, we have been using inactivated polio vaccine since 2008 which does not carry this risk.

What is Malaysia doing to manage the possible return of this virus to the country?

Dr Giri said that the health industry will be carrying out several procedures to try and control the spread of polio across the country.

Such efforts include increasing surveillance and detection of cases of acute flaccid paralysis, sampling for the virus at areas known to have migrants from countries with cases of poliovirus, and ensuring that more than 95% of the population receives vaccinations.

They will also be working to increase awareness of the disease and the importance of getting vaccinated against it.